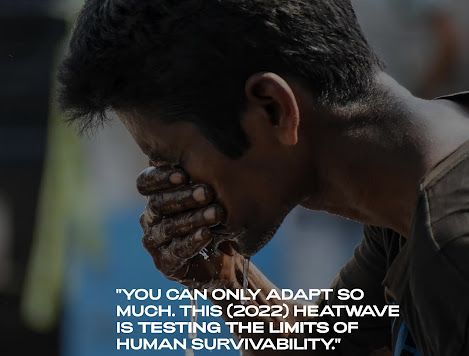 The initials KSR refer to Kim Stanley Robinson, author of a relatively recent science fiction novel, Ministry For The Future. This is my fourth reference to Robinson's book.
My first posting about the book was titled, "KSR," and appeared in February of this year. At that time, as I reported, I had just become aware of Ministry For The Future. I referenced an excellent article on Robinson in The New Yorker, and I promised myself (and anyone reading my blog) that I would read Robinson's book.
By March 5th of this year, I had just started reading Ministry For The Future, as indicated in my blog posting titled, "Sustained Debate Among Committed People." On March 12th, I referenced Robinson's book for a third time, as discussed in "Facing Up To Nartsuk." On March 12th, when I wrote that blog posting on "Facing Up To Nartsuk," I had read up to page 368 (in a 563-page book).
I actually finished Ministry For The Future in the middle of March, probably about two months ago by the time you are reading this blog entry.
I am still recommending the book! I hope you'll read it:
Ministry For The Future
On May 4, 2022,  an article from the online magazine, Inverse, reminded me that I had made a kind of implicit promise to provide a close-out evaluation of Ministry For The Future, once I was finished reading the whole book. To fulfill that implicit promise, here is my fourth blog posting about Robinson's novel.
The article in Inverse was titled, "India's Heatwaves: These Maps Put South Asia's Scorching Temperatures In Perspective." Click that link to read the article. It's heavy on the visuals. The picture at the top of this blog posting will give you an idea of what this article in Inverse has to tell us. It's not really very good news.
Robinson's book begins with one of the main characters living through a heat wave in India, just the kind of heat wave described in the article in Inverse. In Ministry For The Future, the heat wave killed some 2,000,000 people, in a single incident. That is what stimulates the world, finally, to react to the immense dangers posed by global warming, and to create a "Ministry For The Future." In the end, Robinson's novel does end up being somewhat hopeful about our ability to take the steps necessary to survive. That is one of the appealing features of the book; you could even say it has a kind of "happy ending." Bad as the bad news really is, there is hope, too!
It is worth reminding ourselves, however, that Ministry For The Future, through written by an author who is known to write "science fiction," is not really all that "fictional." In fact, the book really gives us more "science," than "fiction," and the science it presents is real science, too, not the made-up kind.
The Inverse article refers to a heat wave that killed 2,000 people in India, but that heat wave took place in 2015. Robinson's portrayal of where we are today (with a single heat wave in India killing two million people) is most emphatically not talking about "future" conditions. He is talking about now. That's why I think that what might be portrayed as a kind of "happy ending" comes with no guarantees.
The heat map, below, from the Inverse article, shows surface temperatures in India of over 140 degrees, Fahrenheit. Those are, truly, temperatures that can kill millions. These are temperatures experienced THIS YEAR.
In Kuwait, this past March, as a news report tells us, "it was so hot that birds dropped dead from the sky. Sea horses boiled to death in the bay. Dead clams coated the rocks, their shells popped open like they'd been steamed."
"Time Is Running Out To Fix Climate," we are told by The New York Times. A sub-headline says this, in the hard copy edition: "Warming May Outstrip the Ability to Adapt."
I don't think Kim Stanley Robinson would disagree one bit.
That means, when we think about "climate change," and about the term I prefer, "global warming," which is the process that is driving our killer climate events, that we are now far beyond the point of learning and observing.
It is time for us to do something about it.
Right now, we don't have a "Ministry For The Future." We might need to create one!
If we want to have a future, that is! 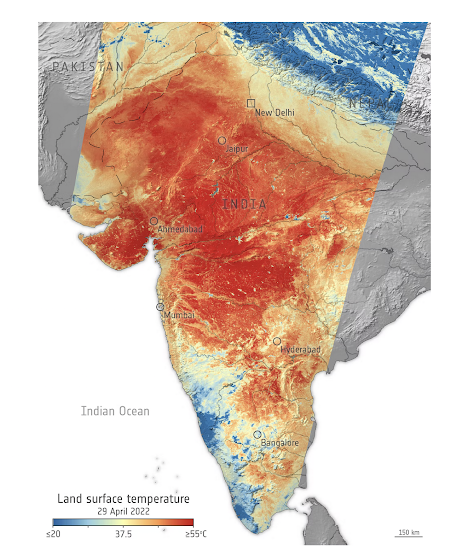