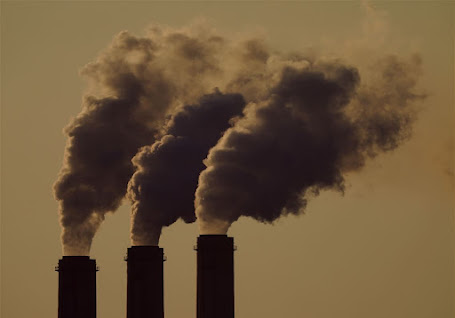 On Tuesday, April 5, 2022, an Associated Press story ran in most of the newspapers to which I subscribe. Here is the headline I saw about a month ago (you can click the link to get to the story):
UN Warns Earth 'Firmly On Track Toward An Unlivable World'
This is not, really, what you might call "news." If you didn't already know that Earth is on track toward an "unlivable world," you haven't really been paying attention.
I was happy that an Opinion Editorial for which I shared some credit - focused on our global warming crisis and what to do about it - ran on the same day, in the Santa Cruz Sentinel, my hometown newspaper. However, what I thought about when I saw the "On Track" headline was a rather thin and obscure book by Swedish economist Gunnar Myrdal, Economic Theory And Under-Developed Regions.
Myrdal's book is now available, I gather, only as a used and rather pricey paperback. That book, first published in May 1957, had a big impact on me. I remember picking up the hardbound copy I still own at the Stanford Bookstore, and learning about the following phrase:
Circular And Cumulative Causation
In essence, what Myrdal wanted his readers to understand is that our economic and social processes do NOT tend towards "balance." Quite the opposite. We tend to think that "Newton's Third Law" defines how our world works:

Newton’s third law states that when two bodies interact, they apply forces to one another that are equal in magnitude and opposite in direction. The third law is also known as the law of action and reaction. This law is important in analyzing problems of static equilibrium, where all forces are balanced, but it also applies to bodies in uniform or accelerated motion. The forces it describes are real ones, not mere bookkeeping devices. For example, a book resting on a table applies a downward force equal to its weight on the table. According to the third law, the table applies an equal and opposite force to the book. This force occurs because the weight of the book causes the table to deform slightly so that it pushes back on the book like a coiled spring.

Not really so, says Myrdal - at least with respect to the processes that shape and determine the kind of world in which we most immediately live - the "Human World." I always compare our "Human World" to that "primary" world, upon which we all, ultimately, depend. Ultimately, we live in the "World of Nature," the "World God Made."
What Myrdal says, and it was a revelation to me as an undergraduate student, majoring in history, is that whatever processes we put in motion continue to perpetuate themselves, and even grow, and to cause "more of the same." In other words, neither the "market" or any other force will "balance out" the impacts of the actions we take, and have taken. What we do is not "self-correcting." Again, we tend to think that we can rely on some kind of inevitability to make sure that if we do something to put our world out of balance, there is a built in "correction mechanism" that will get us back on an even keel.
Not so says Myrdal, and he is right!
So, if we are waiting around for some kind of "market mechanism" to save us from human-caused global warming and its consequences, we are foolishly letting precious time slip by.
That's what the UN has said, as reported on by the Associated Press, on April 5, 2022. Since then, we have let another whole month slip away.
We are still, I regret to inform you (and it shouldn't be "news"), "Firmly on Track."
Image Credit:
https://www.post-gazette.com/news/environment/2022/04/04/UN-warns-Earth-firmly-on-track-toward-an-unlivable-world/stories/202204040114
To Subscribe Just Click This Link