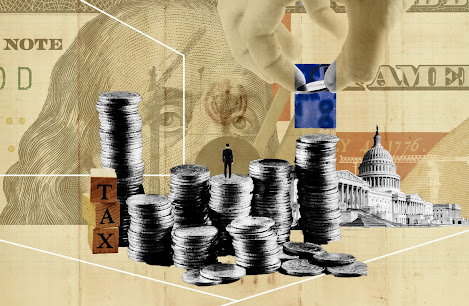 This theory means that social goods can be achieved by a political choice to spend the money necessary to achieve them. If we want to upgrade and repair our infrastructure, we can do it. If we want to provide a college education to those who can benefit from that, we can simply do that. Health care? Mental health care? We can have the kind of health care system we ought to have. Housing? We can build the housing we need to make sure no one has to fight off other homeless persons to be able to sleep under a bridge. Money, says MMT, is not a constraint! Obviously, if this is true, you can see the appeal of MMT!

February 15, 2022 -_Extreme Finanacialization Of The Economy

Why is that? That is because our economy isn't, in the end, about money. It's about people. And while you can print money, you can't (not yet, at least) print out people. No matter how much money we have, there is only so much we (collectively) can do, all at the same time. That is why "politics," which is how we decide what we are (collectively) going to do, is always and necessarily about choice.

Individually, as I am fond of saying, "you can't be both a ballerina and a brain surgeon." You're going to have to make up your mind. You might have the ability to do either one of these things - but to be any good at either one of these activities, you will have to dedicate yourself to it, and you won't have anything left over to embark on the other potential choice.

Our society is the same. We can build the biggest military machine in the history of civilization, and we can provide health care for all, and a college education for all who want it, and child care, and housing for every person. But we can't do all these things simultaneously. It's not the money that's the problem. It's the limited capacity of our society to do too many significant things simultaneously. So, we have to choose.
February 16, 2022 - Homeless In Hawaii

Billionaires are buying whole islands in Hawaii. Billionaires are asserting a private right to conquer space and build cities on Mars, where homeless persons won't be able to exist. Let us direct our protests at those who are responsible, and do something about it. And I don't mean the billionaires, either. I mean all of us! Modern Monetary Theory says that we can afford anything that we can actually do. We can, actually, provide a place, a space, a home for every person in this incredibly rich country we call our own.

Speaking of "revolution," which I have been known to do, I think that trying to utilize Modern Monetary Theory would be a truly "revolutionary" way of reformatting our society and economy. It would be an important part of a truly "transformative politics."
I recommend that article from Resilience that I mentioned at the beginning of this blog posting. The article is dated October 7, 2022, and it is titled as follows: "Degrowth, Decolonization and Modern Monetary Theory." Click that link to read the article. If we want to address the climate crisis, and if we want to hold our nation (and the world) together as we face the huge economic, social, and political challenges that are coming along with the climate crisis, we need to figure out how to deploy Modern Monetary Theory.
To Subscribe Just Click This Link
Image Credits:
https://www.vox.com/future-perfect/2019/4/16/18251646/modern-monetary-theory-new-moment-explained