#318 / Is Democracy A Meaningless Concept? 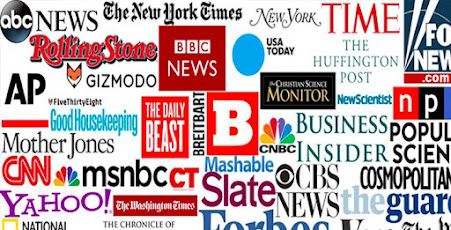 Caitlin Johnstone says that "democracy is a meaningless concept...."
That is how Johnstone begins the second paragraph of her blog posting titled, "Propaganda Is The Source Of All Our Problems."
Caitlin Johnstone's political critiques, like the one from which I am quoting, are often right on target, almost always raise real issues, and they are often quite acerbic. She does self-identify as a "rogue journalist." I don't mind her acerbic tone, and I generally appreciate, and often agree with, what Johnstone has to say about contemporary political realities. In a past blog posting, I reported on a test I took that demonstrates how close together our values are. In this case, however, I do want to suggest that there is a problem with the way that Johnstone has chosen to phrase her observations.
In her blog posting, Johnstone is complaining that "the wealth that plutocrats have poured into mass-scale media psyops to manipulate public perception of reality" is a massive political problem. That is certainly true. There is no doubt about it! What I don't really like, though, is Johnstone's statement that this kind of propaganda has turned democracy into a "meaningless concept." I also don't think it's right to suggest that this kind of corporate-funded propaganda is the source of "all" of our problems.
The "concept" of democracy is that "we the people" - ordinary people - should be in charge of the government that acts on our behalf, and that this kind of self-government is possible. We the people should be and can be in charge. That's the "concept."
The way Johnstone phrases her analysis, she seems to be repudiating this idea, and is basically saying that it is not even possible for ordinary people to penetrate the propaganda that perfuses our politics. She seems to be saying that it would be "meaningless" even to think that we might be able to control the government. The kind of propaganda to which Johnstone so properly objects is the source of "all" our problems.
That's just the wrong phrasing, I think, and Johnstone is sending the wrong message!
Our democratic "performance" has been profoundly affected by the kind of propaganda to which Johnstone is drawing our attention. That should be her point, and it's a good one. The "concept" of democracy, however, is not rendered irrelevant or "meaningless" because our democratic performance has been so poor, as we have confronted the massive propaganda to which Johnstone objects, and that she wants us to understand and acknowledge.
The way Johnstone outlines our situation seems to let us - ordinary people - off the hook. We're excused. The propaganda that is everywhere around us is the source of "all" our problems. Our own actions - or lack of action - are really irrelevant. The entire "concept" that we can control the government is "meaningless." There is really nothing we can do.
How we use language is important. The propaganda to which Johnstone objects does its work by making us unaware of our ability to be in charge, and to change the realities that we should find unacceptable. It is ironic that Johnstone's phrasing of her critique, coming from a completely different direction, might also convince readers that there is "nothing we can do."
In fact, there are things we can do. It's not so easy to do them, of course, but the "concept" that we can change the world is hardly meaningless.
In fact, the idea that we can change the world that is the most meaningful realization we can have!
__________________________________________________
Image Credit:
https://caitlinjohnstone.com/2021/08/28/propaganda-is-the-source-of-all-our-problems-notes-from-the-edge-of-the-narrative-matrix/
To Subscribe Just Click This Link