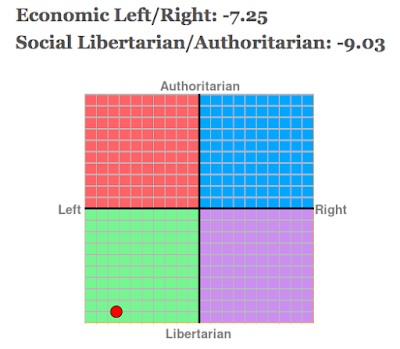 Caitlin Johnstone, who describes herself as a "rogue journalist," sends out periodic bulletins to those who want them. Back in early December, Johnstone sent me an email with a blog posting that she headlined as follows: "11 Things You Should Know About Me And Where I’m Coming From." Apparently, Johnstone publishes such an accounting every year, around her birthday. She and I may both be Capricorns! I enjoy Johnstone's commentaries, so I invite anyone reading this blog posting to check her out. You might also like to check out the exercise described in the next paragraph.

The chart above, at the top of this blog posting, is a graphic representation of where Johnstone is "coming from," and outlines where she is placed on a graph with Economic Left/Right, and Social Libertarian/Authoritarian axes. The chart is what she called a "political compass graph."

I hadn't heard of this self-test for political correctness before, but a quick Internet search led me to the "Political Compass" website, where anyone can obtain their own "political compass graph." Mine is immediately below: 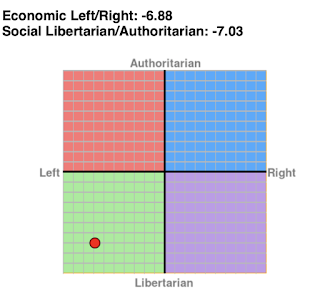 Given the relative similarity of my graph to Johnstone's, it is pretty obvious why I enjoy her commentaries. At least, I enjoy them sometimes. She is just a bit more "rogue" than I am, so I am not always in agreement. Usually, though, I am in agreement, issues of style aside, and in the report I reference in my first paragraph - her "11 Things" list - Johnstone links to an article she published in Consortium News on July 24, 2019. That article is titled, "Only Enlightened Collectivism Can Save Us," and I do agree with what Johnstone says:

Individualism cannot save humanity from the crises it faces. It’s not the right tool.

There is a widespread belief that if we just eliminated all collectivist impulses within our society, we could eliminate all our problems. That the government which causes so much bloodshed and oppression wouldn’t be harmful if we can shrink it down to a minor role, or even to nonexistence, and the corporate powers which attach themselves to governments would thereby lose power over individuals. Let individuals take care of themselves however they see fit, with no collectivist power interfering in their affairs, and the world will sort itself out in a harmonious way.

This will never happen.

The most common argument for why this will never happen is that the world is full of awful people, and if you place the will of the individual over the will of the collective, the awful people will be able to do a lot more awful things ... This argument is of course true, but it’s not the primary reason that individualism cannot save us.

The primary reason individualism cannot save us is that it depends upon competition. If everyone is an individual whom the collective will neither help nor hinder, we’re all going to have to compete for opportunities and resources on a shrinking world of limited opportunities and resources. A society that is pouring all of its energy and creativity into the drive of the individual to get ahead of the other individuals will never be able to overcome the fundamental problem of looming ecosystemic collapse, setting us instead on a massive rat race to be the first to destroy the environment for profit before someone else does. Which is why strict adherents to individualism must tell each other fairy tales about the ecosystem being fine in order to avoid cognitive dissonance.

In reality, we are witnessing a mass extinction the likes of which we haven’t seen since the end of the dinosaurs 65 million years ago, with some 200 species going extinct every single day. The very ecosystemic context in which we evolved is vanishing underneath us. More than half the world’s wildlife has vanished in 40 years, and the worldwide insect population has plummeted by as much as 90 percent. Fertile soil is vanishing, and so are forests. The oceans are choking to death, 90 percent of global fish stocks are either fully fished or overfished, the seas are full of microplastics, and phytoplankton, an indispensable foundation of earth’s food chain, have been killed off by 40 percent since 1950. Science keeps pouring in showing that global warming is occurring faster than previously predicted, and there are self-reinforcing warming effects called “feedback loops” which, once set off, can continue warming the atmosphere further and further regardless of human behavior, causing more feedback loops.

We’re never going to compete our way out of this situation. We need to turn around, all of us, together.

"Together!" That's a word we need to use more often. And wherever you may show up on the "political compass graph," you, and I, and Caitlin Johnstone are inevitably bound to each other. We are all bound to each other! All those four quadrants are part of the whole, so we need to "see the light" and make that work.

You could call this approach to living "enlightened collectivism," or you could make a reference to the works of that Nobel Prize Laureate whom I keep mentioning.

We have a whole New Year ahead of us, and changes could be coming. Let's not forget it! 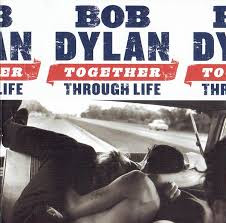