I have long held that society is generally structured and sustained on the basis of a simple principle: Mostly, people do what is expected of them.
If that is, in fact, an accurate description of how the world usually works, it is important that we expect the best. We need to expect the best of ourselves, and of everyone else, too.
Pictured above is Amanda Taub, who writes for The New York Times. On May 13, 2022, Taub wrote a piece for The Times titled, "The Corruption That Keeps Putin in Power? Blame It on Democracy." That is the hard copy version of the headline. When you click the link, to read the article, you'll get something slightly different.
There are two reasons that I decided to highlight Taub's article for those who read this blog. First, I think it is very important that we really understand the power of that "people do what is expected" principle. Our "expectations" can provide us with a way to bend realities that appear to be fixed into the kind of realities we both want and need. Of course, our expectations can also do the opposite.
Taub's article, as the headline indicates, is about corruption (i.e., she is writing about how the "expectation" that everything is corrupt can lead to everything being, in fact... corrupt). Her article, thus, illuminates the fact that the power of expectations can have either a "positive" or a "negative" valence.
Taub quotes Anna Persson, a political scientist at the University of Gothenburg, Sweden, to to the following effect: "What is different with systemic corruption is that it's the expected behavior." Taub details how it becomes very difficult, and perhaps actually impossible, as a practical matter, to be "honest" in a society that is based on the expectation that nobody is honest, and that everyone and everything is corrupt, from top to bottom.
Again, I believe that our collective "expectations" are one of the main reasons that things are the way they are. It would be hard to overemphasize, I think, how important it is to realize this. Changing our expectations for the better has revolutionary possibilities. I contend, in fact, that our expectations can serve, both individually and collectively, as a kind of societal "superpower," bending those apparently "unbendable" realities we see around us into something that conforms to our needs and deepest desires.
There is a second reason, however, that I wanted to draw attention to the Taub article. Again quoting Ann Persson, Taub says this:

Corruption "serves as a regressive tax, it's like Robin Hood in reverse," Ms. Persson told me. "All the resources are moved to the top of the system, to the great cost of the majority of the population (emphasis added)." 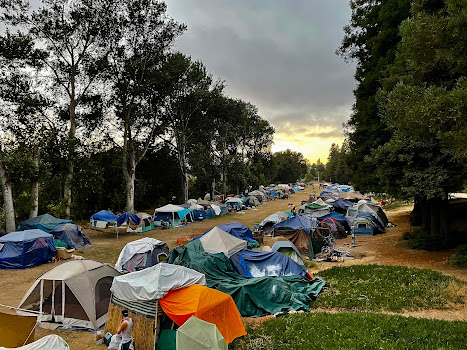