#92 / More About What That English Teacher Said 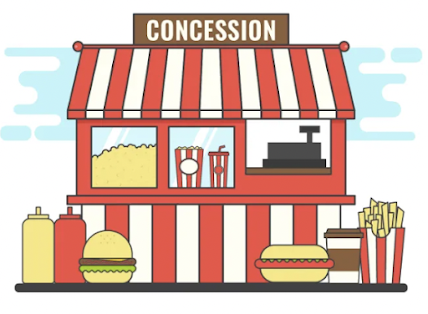 A couple of years ago, I passed along a lesson I learned from an English teacher. That lesson, shortly stated, was this: If you want to mount a strong argument for what you believe, you would do to well to build a "concession" into the argument you make.
Sometimes, I write a blog posting to remind myself of something I think is important. When the stakes are high, we do want to win our arguments, don't we? Well, I certainly want to win mine, anyway!
I was reminded of my former blog posting on Saturday, March 5, 2022, when I read a "Mind & Matter" newspaper column by Alison Gopnik, published in The Wall Street Journal. Gopnik's column was titled, "Does Confidence Breed Trust?" She referenced a study published in the Proceedings of the National Academy of Sciences. Ann Van Der Bless and her colleagues at Cambridge University reported on studies that tested whether people trust a news report less if the news report expresses uncertainty.
Do they? Not at all, as it turns out. In fact, news reports that express uncertainty are more believable than reports claiming certainty. A report that indicates that the basic point being advanced could be wrong turns out to be more convincing than a report that asserts that what is being claimed is absolutely, and totally, and certainly true:

This appreciation of uncertainty may run deep, according to studies summarized by the developmental psychologists Tamar Kushnir, David Sobel and Mark Sabbagh, writing for the nonprofit research website The Conversation. You might think that children would be especially likely to trust an authoritative, confident voice. Initially, they do. But even preschoolers understand uncertainty, and they turn out to trust someone who admits ignorance more than someone who is confident but wrong.

In these studies, researchers present 4-year-olds with people who express certainty or uncertainty about everyday facts. For instance, in one study, two people see a book; one confidently says it is called a telephone, while the other admits to not knowing what it is called. Then the two people make other claims about a range of new facts, such as what a new toy might be called or how it might be used, or where a hidden object could be found. The children are willing to believe the honest but uncertain person, but they don’t trust the confident but inaccurate one. As the old saw goes, “The problem isn’t the things you don’t know but the things you do know that ain’t so.” Even small children seem to agree.

I consider these academic studies to validate the insight that when we make concessions in our arguments, admitting that there is something that can be said for an opposing view (even though we don't agree with that view), we end up with a better chance of winning the argument.
One reason this is true, of course, should be pretty obvious. No matter how smart someone is (no matter how smart we think we are) we are almost never always right, all of the time. As this sign I remember from my youth advises:

Claims that we know "the truth" are almost always wrong, particularly in the realm of human affairs, in which nothing is inevitable, and everything that exists is subject to change. Because that is true, any claim to the contrary raises suspicions - as it should!
If we want to make a convincing argument - about just about anything - we need to demonstrate to those whom we want to impress that we are aware of this basic fact. As I put it in another, earlier blog posting: Concede To Win.
Image Credits:
(1) - http://tomballparty.com/concession-stand-vector-illustration/
(2) - https://www.worthpoint.com/worthopedia/vintage-never-make-mistakes-original-3839058308
To Subscribe Just Click This Link