#60 / What I Learned From An English Teacher 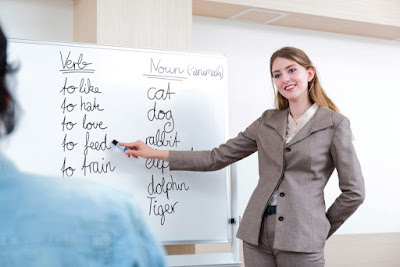 
I happen to live with an English teacher. Check her out on "Rate My Professors." She knows what she is talking about, and she has made it really clear to me that the strongest arguments must include a "concession" to the other side.


Concessions don't come easy, of course, at least not to me. Aren't we always pretty sure we are right? Of course we are. I am, at least! You are, too. That's nothing to be shy about! Go ahead and admit it.


Before we take a position, isn't it true that we have thought about the issues? It is! We have done our homework. We have researched the topic, and studied up, and we have our arguments all in order and ready to be deployed. We are quite confident, as we deploy those arguments, that we are making the strongest case possible. We have all the bases covered, and we can provide the proof that what we say is true.

So what the heck is this "concession" stuff all about?


Well, my favorite English teacher is not the only one who has been talking about concession. Here is what the Odegaard Writing and Research Center at the University of Washington has to say about this topic:

It is often important to make a concession to the other side to make your argument stronger—that is, rather than acting like another side of your argument does not exist, you address it and “debunk” it. In fact, in an argument paper, presenting the other side and then “tearing it apart” can often be a very effective strategy. Conceding to some of your opposition’s concerns can demonstrate respect for their opinion. Making concessions also demonstrates your ability as a writer by showing that you have researched and considered you argument from multiple perspectives in order to come to an informed decision.

Naturally, what you don’t want to do is present a counterargument and not address it. It might be tempting to do this in your conclusion; you may feel that you’ve made your point pretty strongly and that it is okay to just say something about the “other side” and just leave it there. But resist—the conclusion is what the reader is left with.

There is no surefire way to make concession, but it is likely a good idea to keep it short, limiting yourself to one per paragraph at the most (otherwise the counterarguments and concessions start to become your argument). Also, watch out for fallacies—sometimes it might be tempting to make a bad analogy or to oversimplify in order to “dismiss” the other side. Basically, if you can’t make the concession strongly, it may be better not to address it all (emphasis added).

I would like to suggest that this principle of good argumentative writing, outlined above, ought to be applied to our political debates and discussions, too. We need to concede (no matter whom we are supporting) that the other candidates (the ones we don't fancy or favor; the ones we don't agree with; the ones we would never vote for) have some pretty good arguments on their side, too.

Why would we do that? Well, in the first place, because it's true. Second, a really good concession is often the best way to way to win an argument.

That's what I learned from an English teacher!