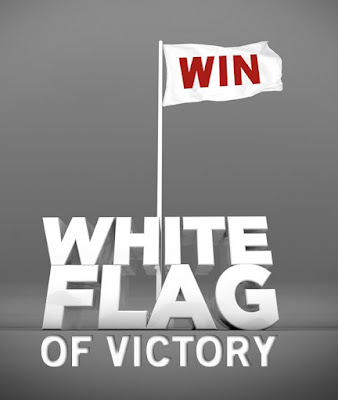 In our system of democratic self-government, "politics" is the way we make collective decisions about issues of importance. "Politics," by definition, is rooted in conflict and controversy, and the political questions at issue are resolved by discussion and debate. In other words, the very definition of "politics" contemplates disagreement. It is important, in fact, to make sure that disagreements are  fully acknowledged, brought to the surface, and made clear. We can't make good decisions, collectively, if we don't debate the issues we need to decide.

There is an old way of describing how "good" political debates are conducted and determined. Those with opposing views are called the "loyal opposition." Both sides in any political debate are given credit for their "loyalty" to the collective venture, so those who have views different from our own views, and who promote them with passion, are not seen as "evil," but as making an argument intended to advance the good of the whole. Naturally, as we passionately work to win the argument for the positions we espouse, we expect those who disagree with us to give us credit, similarly, as making these arguments in the good faith belief that what we advocate would be the best thing to do, collectively.

Does this sound too idealistic? Well, we will either believe this, and act accordingly, or we are implicitly saying that "politics" is some kind of war to the death. Many political observers (take former Reagan speechwriter Peggy Noonan, for example) are bemoaning our contemporary politics because it seems to be headed in that direction, or even to have arrived at a "polarization" from which it can never recover. Noonan's latest expression of this concern was published yesterday in the March 30-31, 2019, edition of The Wall Street Journal, under the following headline: "The Two Americas Have Grown Much Fiercer." For a non-self-destructive politics, we need to believe that there is, really, only ONE America, and that we have different opinions about what that one America should do.

In your papers, it is often important to make a concession to the other side to make your argument stronger—that is, rather than acting like another side of your argument does not exist, you address it and “debunk” it. In fact, in an argument paper, presenting the otherside and then “tearing it apart” can often be a very effective strategy. Conceding to some of your opposition’s concerns can demonstrate respect for their opinion. Making concessions also demonstrates your ability as a writer by showing that you have researched and considered you argument from multiple perspectives in order to come to an informed decision (emphasis added).

In searching for an image for today's blog post, I came across an article that describes this phenomenon in broader terms. Daniel T. Richards titles his advisory, "Concede to Win." It's worth reading. Here is a brief excerpt:

We’re all guilty of letting an argument get out of hand. Where values run deep, emotions run high. It happens. The Internet is lousy with methods for avoiding rhetorical rumbles. From meditation to yoga to breathing exercises to finding “your happy place," it’s hard to fathom that you might need or want another method to keep tension down during a debate.

So here’s another one: Agree with your opponent.

In a lot of ways, my blog post yesterday, talking about how Pete Buttigieg has warned Democrats not to try to win the 2020 presidential election on the basis of an anti-Trump personal attack, is some evidence of how the "concede to win" concept should be inserted into our contemporary political environment. Those who (properly) oppose the president and what his administration has done and is doing should consider the "concede to win" concept.

For instance, let's cut the president some slack for having shaken up our national politics in some positive ways, and then go on to suggest that selling off the natural and wilderness lands belonging to the people to the oil companies and the gold miners is not good policy. Say something nice about Trump, and then advise the voters that the Democrats don't think that decimating health care for ordinary people, and giving huge tax breaks to those who are already obscenely wealthy is a good policy agenda.

Voters are profoundly dissatisfied with current political realities, including the political reality that existed prior to the 2016 election. That is, in my opinion, exactly as it ought to be. Things are not good! President Trump has gotten a lot of credit for acknowledging that. He knows we have slipped. He wants to "make America great again." Anyone here against that? I think it's a great idea. If the Democratic Party can concede that president Trump has a point about needing to make fundamental changes in the way things are done, then we can advance our own ideas of how to repair the damage.  If the Democratic Party defends the status quo,  however (and/or takes the position that all we need to do is to get rid of president Trump), then I think Buttigieg is probably right that the voters will vote, again, to "burn the house down" by reelecting our current president.

Let's think about how we can "concede to win."

If we want to get to the "winning" part, that "concede to win" formula may well be the best way to get there!