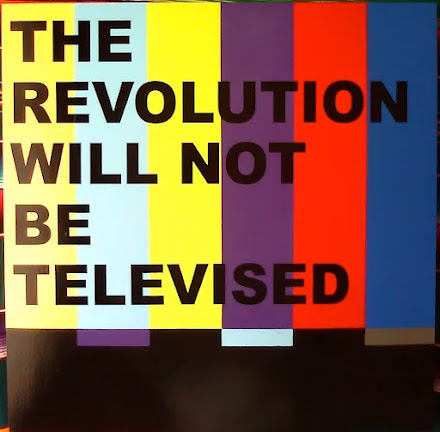 On Saturday, February 19, 2022, I got reminded of Gil Scot-Heron - or really, more accurately, of his 1971 song, "The Revolution Will Not Be Televised." Click that title link for a YouTube video. Click right here for the complete lyrics. This link will get you to a Wikipedia article about the song.
What reminded me of Scot-Heron's song was an article in The New York Times. The Times' article, "Kazakhstan’s Internet Shutdown Offers Lessons for Russia-Ukraine Crisis," suggested that the ability of governments to cut off internet access is a surefire way for governments to quell rebellious and revolutionary actions. After all, how could anyone organize a "revolution" without the internet?
Let me remind you (I have mentioned this before) that Zeynep Tufekci has convincingly argued that the internet "has made social change easy to organize, hard to win." If you haven't already watched her TED Talk video, just linked, see if what she says doesn't convince you. If Tufekci is right, the absence of easy access to the internet might actually be of assistance to those wanting to create a genuine revolution, those wanting to advance projects of transformative social change.
Small groups of people, in real contact with each other, in the real world, is what makes real change.
Like Gil Scot-Heron said, the revolution will not be televised. It will not take place on Twitter, either!
Image Credit:
https://patch.com/california/millvalley/the-housing-revolution-will-not-be-televised_6a807ec2
To Subscribe Just Click This Link