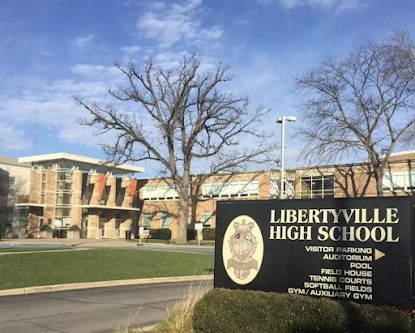 Tom Morello, whom Wikipedia describes as a "an American musician, singer, rapper, songwriter, actor, and political activist," is "best known for his tenure with the rock band Rage Against the Machine." Thanks to The Times, Morello is now able to add "opinion column writer" to his list of accomplishments.
In my blog posting on December 20th, last year, I commented on Morello's November 20, 2021, column in The New York Times. In the hard-copy version of the newspaper, that column was titled, "I Unplugged And Found The Truth." Online, Morello's column is titled, "Let Freedom Ring."
I liked what Morello had to say in that November column, and I particularly appreciated this statement: "The world is changed by average, everyday, ordinary people who have had enough and are willing to step up to do something about it."
In mid-December, The Times ran another column by Morello, "High School Confidential." This column-writing thing, in other words, was not just a one-time adventure. The Times advises readers that subscribers can sign up for Morello's weekly newsletter at nytimes.com/newsletters. If you are a subscriber, you might want to do that. If you are not a subscriber, you may have to rely on me, and I can't really promise you that I will be able to alert you to every column that Morello puts out. I will however, reproduce the December column at the end of this blog posting, since I thought the column was an entertaining, and educational, trip down Morello's memory lane.
Morello's December column tells a great story about Morello's high-school confrontations with the school authorities at Libertyville High School, located in Libertyville, Illinois (current photo above). Morello reports, also, on the origins of the musical style for which he came to be famous. There was a definite high school genesis for that!
Because I am giving you the entire column, below, I'll highlight some of the best parts in the text of the column. Here, however, as a pull quote, is the statement that really caught my eye. This statement from the December column is absolutely consistent with Morello's statement in his November column that everyday, ordinary people change the world.

At Libertyville High School we had a formidable model of renegade behavior — Marlon Brando.

Not the enormously overweight Brando whom I saw a couple of times at my friend Joel Larsen’s house, cooking chicken with Joel’s dad while we played Dungeons & Dragons in the next room. No, I mean the young man from long ago who was expelled from Libertyville High after riding his motorcycle through the halls.

He wasn’t the only notable alumnus from our Illinois school: There was the Dodgers All-Star center fielder Brett Butler; SpaceX’s president and chief operating officer, Gwynne Shotwell; Phillipa Soo, who originated the role of Eliza Schuyler in “Hamilton”; Maureen Herman, former bassist of Babes in Toyland; Tom Justice, the “Choirboy Bandit” who robbed nearly 30 banks; and my friend Adam Jones, the guitarist for Tool.

But Brando was Brando.

As a Libertyville Wildcat he seems to have been a rebel without a cause. (“Johnny, what are you rebelling against?” his character in “The Wild One” is asked. “Waddya got?” he responds.)
I had a cause.
In the early ’80s, along with participating in the drama club and dabbling in track and field, I worked on the school newspaper.
My friends and I wanted to write about apartheid South Africa, we wanted to write about U.S. complicity in Central American death squads, and we especially wanted to write about the fact that the dean of students was a total jerk.
The administration didn’t want to hear any of those stories. They wanted us to write about prom. So a number of us left and formed an underground paper called The Student Pulse. Now we could write about the things we wanted to write about, especially about the fact that the dean was a jerk. We solicited advertisements from local businesses to pay for printing and we passed the paper out in the hallways. It was hugely popular, getting more than double the readership of the official school rag.
The administrators lost their minds: “You can’t pass it out at school! You can’t write about politics! You certainly can’t say the dean is a jerk! You’ll all be expelled!”
We were 16 years old and wondered if maybe the First Amendment applied to us too, so we called the Illinois affiliate of the American Civil Liberties Union. “We run a paper that our high school says we can’t pass out — is that constitutional?” we asked.
“We’ll be right over,” they said.
So we sat down in the principal’s office with a representative from the A.C.L.U. and the dean and we taught Libertyville High a civics lesson it wouldn’t soon forget. I realized then that history is not something that happens. It is something that you make.

But I didn’t just want to make history, I wanted to make noise.

Within 24 hours of purchasing a Sex Pistols cassette I was in a band. I didn’t know how to play a single chord or even how to tune the guitar, but I now knew I must form a band. I announced at a drama club meeting that a punk band was forming, if you want to be in it raise your hand, no experience required. A number of hands went up (including Adam Jones’s).

There were three bands in my high school and we were the worst. The best band was called Destiny: beautiful men with beautiful hair who played beautiful cover songs that made the beautiful girls swoon at school dances. And then there was Epitaph. They were bad boys and they weren’t about to play any stupid school dances. They would play garage parties with beer, and weed, and when you saw those guys in the hallway you got out of their damn way, because they were covering AC/DC and Black Sabbath.

And then there was my band, the Electric Sheep, the drama club band. We didn’t have the technical ability to play anybody else’s songs, so we were condemned to write our own. Songs like “Human,” “Let’s Get the Party Started” and “Raising Hell” were decades off. At this point it was pure cacophony.

We auditioned for a school variety show and showed enough promise to merit an interview. “The show is in four months — can you guys learn ‘Born to Be Wild?’” we were asked. I knew in my heart that it was unlikely we could learn “Born to Be Wild” in four years, but I said, “Yes, of course! We’ll take the gig.”
Rehearsals went like this: Adam Jones and I are on one side of the stage struggling to tune our guitars and the Destiny guys are on the other side ringed by a throng of beauties. They’re like a human jukebox. The girls are shouting for every song in the Bread and REO Speedwagon catalog and they know them all.

Adam and I grimace — we still can’t even tune our guitars.

So the night of the big gig arrived.

In my mind it was a battle of the bands between the Electric Sheep and Destiny. A David and Goliath showdown. Destiny played “Abraham, Martin and John.” Gorgeous. Everyone was swooning.

Next up, we were wheeled out on a riser and began “Born to Be Wild.” The keyboard player came in on the wrong chord. The bass player came in with the wrong note. My guitar, naturally, was out of tune. It was an inauspicious start to my music career.

People were losing their minds. I’m jumping and flailing like a madman. The crowd roared. I was inhabited by the holy spirit of rock ’n’ roll, thinking, “I don’t need to know the notes! Tuning be damned! I’ve got rock ’n’ roll in me!”
We finished the song and the roof came off the auditorium. It was pandemonium. We kicked Destiny’s ass. And that night I knew what I was going to do for the rest of my life. I was going to take my shot to enter Libertyville’s gallery of the infamous.
I like to think young Marlon would have been proud of me.
Image Credit:
https://patch.com/illinois/libertyville/libertyville-high-school-libertyville-illinois
To Subscribe Just Click This Link