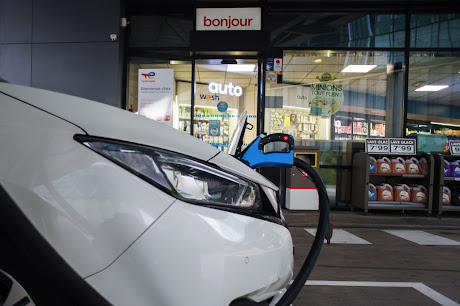 Joseph C. Sternberg, who writes a "Political Economics" column for The Wall Street Journal, is joyously reporting that "The Climate-Change Agenda Goes Out With a Bang." By this he means that recently-announced plans by the EU and China to address our global warming crisis are likely to be defeated by "voter skepticism." I have already commented on these recently-announced proposals. I think they are inadequate, relying for the most part on "market incentives." Sternberg thinks that they are draconian, and should be rejected, and he is happy to predict that voter resistance will doom those plans.
Sternberg correctly notes that reducing greenhouse gas emissions (basically coming from the combustion of hydrocarbon fuels) will significantly change how we provide energy to our homes and factories. He also notes, correctly, and that making the changes needed will cost money. He points out that the "carbon intensity" of our overall economies has been reduced, which he then assumes will allow us to claim that victory has been achieved, and that further efforts to reduce greenhouse gas emissions are not needed. Besides, any successful effort to reduce greenhouse gas emissions would be costly! Nobody wants to pay more for anything, so this "reduced carbon intensity" argument is a good excuse to reject changes that would cost us more money.
Unfortunately, Sternberg's less than trenchant analysis fails to note that the the amount of carbon dioxide produced per every dollar of gross domestic product (which is how that "carbon intensity" figure is derived) isn't a relevant measure of how well we are doing in our struggle to maintain conditions that will allow life on Earth to continue. It isn't the "carbon intensity" of our economy that matters. What matters is the actual increase (or not) of greenhouse gas emissions to the atmosphere.
Those are going way up. Up, up, and away!
It is Sternberg's hope that citizen and voter resistance to efforts actually to reduce and eliminate greenhouse gas emissions will mean that such greenhouse gas emissions will not, in fact, be much reduced. If that hope is fulfilled, we will move ever faster into that "Green Sky" territory I wrote about not long ago.
Will it be costly to change what we're doing so that we can have at least some chance of avoiding the global warming/climate change catastrophe that we can see coming our way at breathtaking speed?
Yep! It will cost money.
The alternative? It's not telling ourselves fairy tales about the reduced "carbon intensity" of our ever more wasteful civilization.
The alternative is stopping the combustion of hydrocarbon fuels. Period!
Hey, folks. It's our choice. Sternberg is certainly right about that. So, will citizens and voters vote to keep their individual costs low, as he predicts; or, will we all figure out that our "human world," which is mostly run on "economics," must ultimately confess its dependence on the "real world," the World of Nature, which operates on rules that have nothing to do with dollars and cents.
It has been said that "Nature bats last."
Actually, Nature bats "first, last, and always." We are either going to figure that out, and act accordingly, or....
Read that "Green Sky" blog posting.
We don't have too much time left to choose.
Image Credit:
https://www.wsj.com/articles/climate-change-summit-cop26-cost-esg-carbon-11626297240