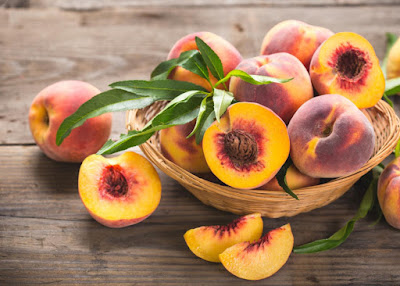 Impeachment is in the news. And there are different views! Looking back, an historical evaluation of the impeachment process is available by way of an excellent article by Jill Lepore, a history professor at Harvard University, and a writer for the New Yorker magazine. I'll return to that article later. Meanwhile, Wall Street Journal writer Daniel Henninger calls the current impeachment inquiry in the House of Representatives a "blunder." He means a "political" blunder.

Henninger's point is that "the most psychologically distressed Democrats have wanted to impeach this guy [president Trump], somehow just get rid of him, from day one." In other words, says Henninger, the whole impeachment business is just a transparent political effort to reverse an election that the Democrats lost. This is not, he says, a winning political strategy. To the degree that this is what is coming across, I would have to agree that such an effort would be a "blunder." In fact, I think it would be more than a political "blunder." It would be wrong, and a misuse of the impeachment process. Speaker Nancy Pelosi's past reluctance to jump into impeachment proceedings seems to suggest that this has been her evaluation, too.

Thinking back to the "Need to Impeach" campaign of the self-aggrandizing billionaire, Tom Steyer, whose current campaign for president is largely founded on his earlier "let's impeach this guy" efforts, Henninger's criticism seems to have some basis in fact. As Steyer has pursued impeachment, signing up millions of Americans in support, it has seemed very much like a campaign looking for a cause. I have previously commented rather negatively on Steyer's efforts, and more than once, in fact, since Steyer's call for impeachment has always seemed to have had the flavor of a political campaign to oust an elected president, without having to beat him in another election.

Moving from the "political" questions about impeachment, to the legal and constitutional questions raised by the current impeachment investigation, David B. Rivkin Jr. and Elizabeth Price Foley have argued, in an op-ed printed in The Wall Street Journal, that the way the current process is being carried out violates the Constitution. Specifically, they complain that the  House of Representatives has never voted for a resolution authorizing an impeachment inquiry, and that the House needs to do that, as a constitutional requirement, before hearings can be held and efforts to obtain evidence are initiated. Maybe that is going to be happening today. That is certainly what an early advisory from The Washington Post suggests, but whether the vote takes place or not, let's address the question whether this kind of vote is a constitutional requirement. Rivkin and Foley say it is, but .... Maybe not!

Chief Judge Beryl A. Howell of the Federal District Court in Washington has held to the contrary, in a court case making exactly that claim. Click that link for coverage in The New York Times. The District Court decision is likely to be appealed, and it may ultimately be that the Supreme Court will have to weigh in on just how an impeachment inquiry must be initiated and proceed.

To return to Lepore, and her historical analysis of how impeachment found its way into the United States Constitution, Lepore notes that there was a lot of debate about whether "maladministration" should be grounds for impeachment. Ultimately, that word was not used, on the basis that if "maladministration" were a ground for impeachment, the impeachment process would undoubtedly be employed to try to reverse the outcome of an election without having to have another one - exactly the point made by both Henninger and Rivkin-Foley. As we know, the test for an impeachment, as finally established, was "treason, bribery, and high crimes and misdemeanors."

What are those "high" crimes the constitution is talking about? Lepore wants to discourage us from agreeing to the formula articulated by Gerald Ford, the Republic House Minority Leader in 1970. Ford opined that "an impeachable offense is whatever a majority of the House of Representatives considers it to be at a given moment in history."

If I am properly reading Lepore, she would argue that "high" crimes aren't "anything the House decides," but are "public offenses with consequences for the nation." Lepore rephrases this, in more modern language, to state that "an impeachable offense is an abuse of the power of the office that violates the public trust, runs counter to the national interest, and undermines the Republic."

I think that's a pretty good way of thinking about what the constitution means.

Again, I am betting that Speaker Pelosi thinks so, too, and that she thinks that any action of the president that attempts to subordinate the foreign policy decisions of the Congress to his personal political ambitions is, indeed, a "high" crime against the Republic.

If that is what has happened, impeachment would not be simply the way to reverse an election, without having to go through another election. It would be a removal from office for a demonstrated "abuse of power."

We must all stand by for fact-finding, followed by a sober and sincere evaluation by our elected officials, once the facts are clear. If the president actually failed to execute decisions made by Congress about aid payments to the Ukraine, in an effort to compel that nation to take actions that would be to the president's personal benefit in the upcoming election, then first the House, and then the Senate, will have to decide if those facts, if and when proven, are an abuse of the power of the presidency so significant that the actions "violate the public trust, run counter to the national interest, and undermine the Republic."

Let's agree that Congress should honor the constitution by not deciding the outcome of the current inquiry into the possible impeachment of the president in advance of the process. But let's also agree that it is imperative that the Congress (and that means the Senate, too, and not just the House of Representatives) honors the constitution by voting to impeach the president, if the facts add up to an abuse of the power of the office that violates the public trust, that runs counter to the national interest, and that undermines the Republic.

That is the way the Congress must act, if we hope to maintain a system of government that includes provisions that will protect the nation against an abuse of power by a president who is acting for himself, and not for us.