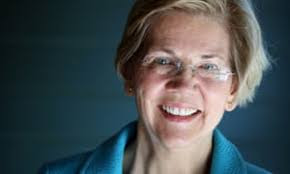 Back in August, I expressed some skepticism about a declaration issued by the Business Roundtable. That declaration purported to articulate a new definition of the "purpose of a corporation." Here is a brief excerpt from a report published by CNBC, providing the gist:

The reimagined idea of a corporation drops the age-old notion that corporations function first and foremost to serve their shareholders and maximize profits. Rather, investing in employees, delivering value to customers, dealing ethically with suppliers and supporting outside communities are now at the forefront of American business goals, according to the statement.

On October 7, 2019, The Wall Street Journal published an editorial (King Warren of the Roundtable) indicating that The Journal definitely does not think that the Roundtable's August 19, 2019, statement should ever be implemented in actual fact:


In August the knights of the Business Roundtable announced that they are putting “stakeholders” ahead of shareholders as their primary business purpose. Now Senator Elizabeth Warren, who is rising in the presidential polls, is demanding that these CEOs prove they mean it ...

Ms. Warren’s Accountable Capitalism Act would end capitalism as we know it. Every company with revenue of more than $1 billion would have to obtain a new federal charter, in contrast to the current system of state charters.

Instead of serving the interests of the shareholders who own the company, CEOs and directors would have to serve some combination of “the workforce,” “customers,” “the local and global environment” and “community and societal factors.” Forty percent of directors would also have to be employees, which would usually mean union representatives (emphasis added).

Heaven forbid that giant, multi-national corporations should ever have to serve the interests of "consumers," the "workforce," "customers," and the "local and global environment." How out of bonds is it that corporations should be responsible to "community and societal factors?" That's perposterous on its face! And this idea of including union representatives in corporate decision making? How outrageous is that? That would be the "end of capitalism as we know it." Could anything be worse?

Actually, yes! My own thought is that there could be (and is) something worse; namely, capitalism as we know it now!

Unlike the Business Roundtable (giving the Roundtable the benefit of the doubt, and considering that the Roundtable might actually have been sincere in its August declaration), The Wall Street Journal has no illusions. It knows what modern corporations are really all about, and that is serving the interests of the "owners," the ones with the money, and not anyone else, ever! The NBA's recent dustup with China (still unresolved) prompted one sports journalist to opine that making more money is the ONLY thing that the NBA team owners care about. Free expression for coaches and players? A nice idea until it collides with the owners' profits. This "capitalism as we know it now" approach to our economic life has given us mass incarceration, military adventurism, and global warming (among other bad things). Maybe there is something worse, but I'm not really aware of what that might be.

Warren's proposal, which I have not read, is apparently premised on the idea that large corporations must get a "charter" from our national government, prior to doing business, and that this charter would impose responsibilities not unlike those that the Business Roundtable says that corporations want to assume, anyway. I think Warren is absolutely on target.

Corporations may be "persons," but they are not like human persons, who are granted life by God or Nature (as you may choose to denote the mystery). Corporate persons are the creation of our system of laws and regulations, and the idea of making these giant economic engines respond to the public interest is most definitely not the "end of all life as we know it." It would only be the "end of capitalism as we know it."

As I already said, I think that would be a really, really good thing!