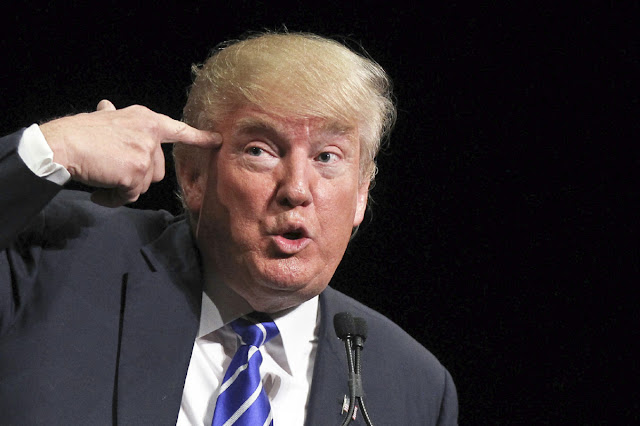 “As I have stated strongly before, and just to reiterate, if Turkey does anything that I, in my great and unmatched wisdom, consider to be off limits, I will totally destroy and obliterate the Economy of Turkey (I’ve done before!)...”

I read the paper each day with interest, but I almost always read it with a good deal of trepidation, too. What bad news will the paper bring today? I am almost always assuming the worst. I don't think I am alone in this.

Whatever the merits may be of the president's decision to withdraw U.S. troops from Syria - and there is a good argument to be made that this is a completely justifiable decision - the statement quoted at the beginning of this blog post sure makes me nervous.

In fact, the president's statement above, quoted in a recent news story in The New York Times, chilled me. I had a hard time accepting that this could be a real quote. The picture I have put on top of today's blog posting is from a July 2016 story in The Star. That story was headlined, "Is Donald Trump OK? Erratic behaviour raises mental health questions." Writing in today's New York Times, Jennifer Senior puts a name to the disease: pathological narcissism.

People have been concerned about our president's mental health from the beginning, from before he was president. And the statement above, in which our president asserts his "great and unmatched wisdom," appears to qualify as a reason for all of us to have great concern about the president's mental state. At least, that is what this statement would indicate if the person who says it means it.

Trepidation doesn't even begin to describe what to feel about a nuclear-capable president who claims "great and unmatched wisdom," and suggests that he intends to use that wisdom totally to destroy and obliterate the economy of another nation.

Jennifer Senior's article argues that is is hard to figure out what to do ("We are all at the mercy of the Narcissist in Chief ...You can no sooner quit your President than you can quit your family"). There are, however, remedies found in the Constitution.

It's time for the Vice-President and others to start reading up on the Twenty-Fifth Amendment.