#22 / Donald Trump And Jesus The Sociologist 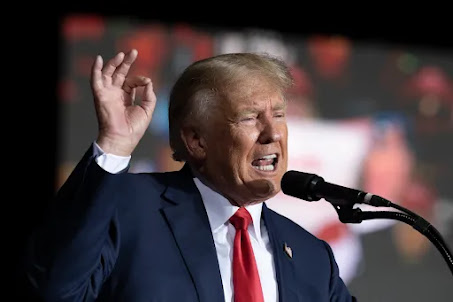 On December 19, 2022, Eugene Robinson, who writes opinion columns for The Washington Post, commented on the various charges that the House of Representatives' January 6th Committee sent to the Justice Department, with a request that the Justice Department consider whether or not to initiate a prosecution against our former president on one or more of the charges.
Robinson's column was headlined, "‘Conspiracy to defraud’ is the perfect charge against the grifter Trump." Here is how Robinson sums up his commentary:

The allegation of insurrection — which, like the other referrals issued by the committee, carries no official weight with the Justice Department, which will make its own decision on whether to charge Trump with anything — is jaw-dropping simply because it is shocking to hear of a former president being so accused. The allegation of obstructing an official proceeding is hardly a surprise, given the riot to prevent congressional certification of the election. And the allegation of “making false statements” seems open and shut, equivalent in Trump’s case to a charge of “drawing breath.”

But nothing could be more righteous than charging him with fraud. Trump always was, in essence, a grifter — and always will be.

Robinson's column outlines a number of the "con job" appeals that Trump made to his supporters, including claims that his "Save America" political action committee (which raised $100 million, mostly from small-dollar donors) didn't actually spend this money on the political purposes for which it was given. Instead, the money Trump raised was put into Trump's own pocket. One of many examples!
As I was reading the column, it suddenly struck me that Trump's incessant fundraising from "small dollar" donors was more than just a personal grift. It was, in fact, the key to his political success - the key to the loyalty of his so-called "base."
Back in 2020, I wrote a blog post entitled, "Jesus As Sociologist." I pointed out, in that blog post, that Jesus made an important observation that has nothing to do, whatsoever, with any claims to his divinity. Specifically, Jesus said:

Where your treasure is, there will your heart be also.

This is, essentially, a piece of sociological analysis - and one that is right on target. It is, in fact, true that when someone contributes money to a cause, or to a person, that fact helps cement the contributor's allegiance. Trump is not the only one who has noticed this. Both political parties do what Trump does, constantly bombard people with requests for small amounts of money. Most of those reading this have undoubtedly gotten the appeals. Many will have responded!
If Jesus' observation is correct - and I definitely think it is (again, not as a matter of theology, but of sociology) - this helps explain what I think of as the somewhat curious loyalty of Trump's political "base" to our former president's ever more outrageous claims and demands. I have always had a hard time understanding how those who so stridently support Trump can disregard the outlandish nature of some of his claims, the culminating claim being that he "won" an election that he actually, quite clearly, "lost."
For whatever it's worth, this realization makes me feel better about the state of our politics - not that we can be too comforted that outrageous and dangerous assertions have, in fact, commanded such a strong following. Still, sorting out why the Trump political phenomenon has had success - he has been a master manipulator of a human truth that perhaps we all haven't appreciated enough - makes me think that there is some hope on the horizon. And, in fact, it seems that the Trump fever has clearly begun to break. Thank goodness for that.
Having a due appreciation of the sociological analysis advanced by Jesus might also make clear to those whose politics is "sincere," and not a "grift," that our appeals for donations should never be based on the kind of extreme claims that, in fact, are often the most successful way to get money to flow.
Those who practice politics need to be careful that when they appeal for political contributions, they do so not with extreme appeals that characterize political opponents as "monsters," or "criminals," or dedicated to the destruction of the Republic. When we make those claims, and people give money on the basis of those claims, we are reinforcing - creating, in fact - the kind of political polarization that can damage our ability to make our politics work.
Take it from Jesus (the sociologist)!
To Subscribe Just Click This Link
Image Credit:
https://www.washingtonpost.com/opinions/2022/12/19/trump-politics-fraud-and-grift-charge/