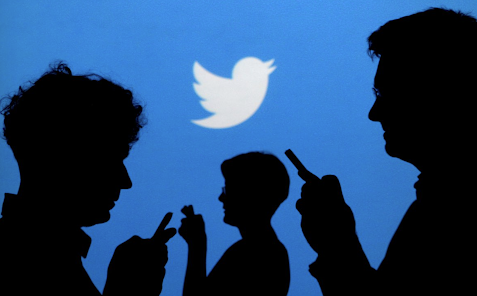 Charles M. Blow, who writes opinion columns for The New York Times,  wrote a column on November 20, 2022, that caught my attention: "Seven Months on a Strict Twitter Diet." Blow was, he said, "addicted" to Twitter.
In essence, Blow confessed that his relationship to Twitter (and to social media in general) was much like some people's relationship to alcohol or drugs. His column sounded, somewhat, like the kind of presentations I think are often made at AA meetings:

Cutting back on Twitter changed my life … for the better.

Twitter engagement, and most likely social media engagement writ large, changes behavior and maybe even the brain.
It took weeks for me to stop worrying that I was missing out on “the conversation,” thinking that I had irrationally removed myself from “the town square.” These were, in fact, classic withdrawal symptoms. I had been addicted. But because so many of the people around me shared that addiction, it felt completely normal. At first, when I had thoughts about news I read or saw, it was hard not to immediately share those thoughts. But, as the weeks wore on, the wisdom of not sharing became increasingly clear to me.
Sitting with a thought, as thinkers have throughout human history, has its merits. The thought grows, is pruned, is shaped and sharpened. Thoughts benefit from being worked over and wrestled, from consideration and care.
Also, most of the trouble I have ever created for myself as a professional, I did by tweeting something that was ill considered or ill expressed in the heat of the moment.
So removing myself has been one of the smartest and healthiest things I’ve ever done.
I think that one day we will look back on this moment in human history with astonishment. Social media companies turned us all into an unpaid work force, willingly producing free content because of our desperation to be seen, heard and liked.
We published our thoughts as they came to us, and strangers voted on those thoughts with likes. We came to crave likes. We began to chase them. We began to judge the value of our thoughts by them.
And for the social media companies, all this content was a product alongside which ads could be sold, personal data that would produce valuable consumer profiles.
Insecurity was monetized. Narcissism became a commodity.
The same is true of pictures and videos. We came to think it completely normal to document and share every aspect of our lives, from the food we ate to the clothes we wore to the advice we could offer to the latest dance craze we could master.
Content, content, content.
If you weren’t creating content, were you truly living? If you hadn’t become a photographer, videographer, orator and comedian, what were you doing with your life? Were you odd, a dud or just old?
And so, social media became a collection of highlight reels, an opportunity to chase an idealized version of life that was a fraction of reality at best and a false reality at worse.
I had to change my relationship to social media to make it less toxic and less consuming. I had a real life to live in the real world. Doing it had to become more important than documenting it (emphasis added).

Real people, meeting with other real people in small groups, in the "real world," is the basis upon which we can construct a civilization.
"Doing it" is always more important than "documenting it."
Let's all try to get back to that "real world," that really does exist, and break free from our social media addiction!
To Subscribe Just Click This Link
Image Credit:
https://www.reuters.com/technology/twitter-down-thousands-users-downdetectorcom-2022-02-11/