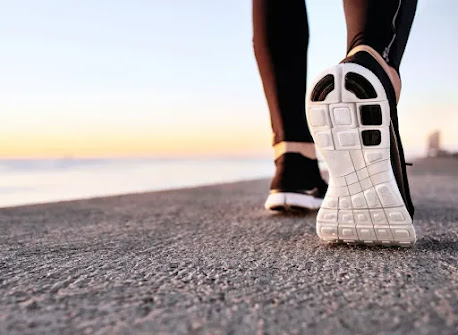 Ain’t talkin’, just walkin’
Up the road around the bend
Heart burnin’, still yearnin’
In the last outback, at the world’s end
Bob Dylan, Ain't Talkin'
The website where I got that photo at the top of this blog posting says that there are some "secret side effects" of walking just thirty minutes per day. It is claimed that multiple benefits accrue to walkers, with the following benefits being specifically listed: (1) improved memory and cognition; (2) longer life; (3) a healthy heart; (4) more creativity; (5) more brain benefits; and (6) preventing weight gain.
I am happy to hear about all these benefits. Since my blog post pledge back on July 18, 2020, I have been doing a lot of walking around Santa Cruz, but without any of those specific benefits in mind. Still, it is good to know about them! For my own part, I use my walking time to listen to those "Last Day Songs" I have written about previously, which I have found to be a pretty good way to address that "Memento Mori" prescription that I keep mentioning.
Back on November 20th, in fact, as I headed off on what turned out to be a 4.3 mile walk around town, I found a little "Memento Mori" reminder stuck on the street. It's good to get those reminders! 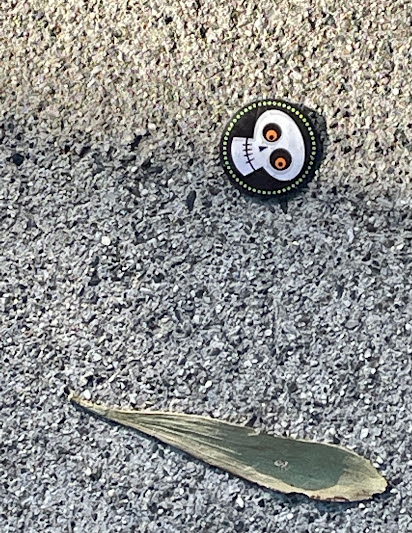 Just around the corner from where I found that "Memento Mori" sticker, which was pasted onto the asphalt on East Cliff Drive, the following scene presented itself: 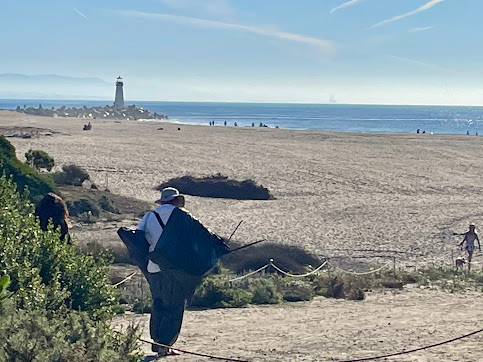 Those of us who are privileged to live in Santa Cruz can come to take such scenes for granted. And we shouldn't, of course!
What came to my mind, as I looked from the sidewalk over Seabright Beach to Monterey Bay and the Pacific Ocean, were the words from Bob Dylan I have placed in the epigraph. In many ways, if you come to think of it, this scene is taken right at "the world's end." Our world, the human world that we have constructed for ourselves, ends at the coastline. There, the Natural World is waiting, a reminder of where we really are.
It is nice to live in a place where you can turn around a corner, on a city street, and have a chance to get that reminder, that revelation of what our life is really all about. Ultimately, everything we are, and everything we do, depends on the World of Nature. That's another kind of Memento Mori thought, and one that has been given to us, as you can see in the picture, clothed in such beauty that it can take your breath away.
To Subscribe Just Click This Link
Image Credits:
(1) - https://www.eatthis.com/walk-30-minutes-benefits/
(2) and (3) - Gary Patton personal photographs