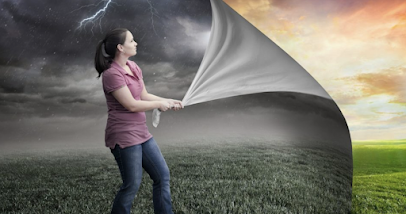 Robert Higgs is an economist who claims that he is "not the sharpest knife in the drawer." Higgs, however, is absolutely certain that he "knows stupid when he sees it."
Higgs has written a brief little paper entitled, "Two Worlds: Politics And Everything Else." I ran across Higgs' essay quite by chance, and if you are interested, you can click that link, to access the essay online. Higgs' essay appears on a website maintained by The Independent Review, and it is only a couple of pages long.
Higgs' thoughts about the "Two Worlds" that he identifies as "politics and everything else" appears to have appeared first as a blog posting on the website of the Independent Institute. The Institute identifies itself as "a non-profit, non-partisan, public-policy research and educational organization that shapes ideas into profound and lasting impact through publications, conferences, and effective multi-media programs." The mission of the Independent Institute is "to ... advance peaceful, prosperous, and free societies grounded in a commitment to human worth and dignity."
I was delighted when I found the blog posting version of Higgs' essay, since it included the image shown above. Anyone who has been following my blog postings on a more or less regular basis - and I know there are at least a few who do - will have run across many references to my "Two Worlds Hypothesis." The picture of the young woman pulling aside the greyed out landscape of "politics," to reveal the natural world that lies behind the political world that is in the foreground, goes right along with my "Two Worlds" formulation. The way I see it, our human reality is comprised of the political world - the "Human World" that we most immediately inhabit - and the "World of Nature," the world in which we all ultimately reside, the background and foundation for everything we do.
As it turns out, Higgs and I are not, actually, in synch at all. For Higgs, "politics" is not a way to describe how human beings, working within the human realm, construct a human reality - and then modify it, as they choose. Instead, for Higgs, "politics" is what the stupid people do. Higgs does not count himself among that number:

Stupidity manifests itself especially, to a painful, almost unbearable degree, in politics and anything closely tied to politics—which is to say, anything having to do with government as we now know it. Political discourse itself is enough to make even a person of moderate intelligence run away screaming. So much ignorance is on display, so much viciousness, so much ill-disguised envy and malevolence, such unscrupulous attempts to take what belongs to other people and redirect it to those who have no just right to it. The stupidity [of politics], therefore, is not only an inability to connect real causes and effects, but also moral stupidity, an inability to do what is obviously right and decent, as opposed to predatory and criminal, albeit legal.

Do these two worlds—politics and nonpolitics—attract different kinds of people? Or are people the same everywhere, but politics makes those who enter that world stupid and morally dense, whereas people engaged in science, technology, and the practical arts and crafts must demonstrate that they can get worthwhile results—and bullshit won’t bail them out if they fail, at least not for long?

Well, I’m an economist, so I understand that prevailing incentives and constraints structure people’s actions. If one enters a world in which violence, extortion, and fraud are the chief means of attaining one’s objectives, one learns how to sharpen those swords and use them to maximum effect. That’s the world of politics—dishonest at its very core, a blatant attempt to paint lipstick on the plundering pig, to declare indispensable an enormous mass of what could well be dispensed with because it amounts to nothing more than bullying one’s fellows....

If we must devote ourselves to politics, if doing so is unavoidable, then we have simply conceded that we live in a world of irremediable stupidity and brutality, a world in which scientists, technologists, and practical entrepreneurs, creators, and builders may be permitted to go about their work, but only in fetters and in the knowledge that whatever good thing they bring forth will be put, sooner or later, to an evil end as a result of politics.

On the eve of World War II, the poet W. H. Auden told us that we must love one another or die. We might also recognize—indeed, it is almost the same admonition—that we must find a way to escape from politics, from government as we now know it, or we will die. The systematic organization of hatreds—the very core of politics—cannot yield any other fruit (emphasis added).

Let us admit that the world evidences much brutality and stupidity; it does. And since I claim that we all "Live In A Political World," isn't Higgs essentially right, and that we must escape from "politics" if we want any chance at a world of decency and justice?
I don't think that is correct!
We do, in fact, live in a world (the "human world," the world we most immediately inhabit) that is ultimately shaped by what I call "politics," the human choices that determine how we govern ourselves. But if we are to be "self-governing," in other words, if we are going to be "free," then the struggle to overcome stupidity and brutality, as we create a world that responds to our deepest hopes and dreams, is our lifelong task.
Higgs is advising us to abandon the "political" world, because, he claims, "government" is inherently evil, and because our involvement with government (and politics) can yield no other result than hatred, dishonesty, stupidity, and brutality.
His admonitions are the opposite of mine. I say we must always seek to engage in the task of "self-government," which is another word for "politics," so that we have a chance to overcome power with goodwill, and so we can transform "public opinion" into the public policies that reflect what we collectively decide we want.
I say we are "in this together," and that "politics" is how we make decisions about what we should do to govern ourselves. Higgs sees only individuals - and they are of two types, as Higgs sees it. First, there are the worthwhile people - the "scientists, technologists, and practical entrepreneurs, creators, and builders." These are the people who count, and we need to let them do their thing, and get on with building the world that they think best.
Good luck to all those who are attracted to Higgs' vision of a life worth living!
If we want the stupidity and brutality that Higgs sees everywhere in the political world to proliferate and prosper, abandoning "politics," as Higgs advises, is the most certain way to allow evil, hatred, and brutality to reign. In fact, the way I see it, we are a pretty long way down the road that leads right there.
Having now read Higgs' essay, I am actually sorry I stumbled across it. Its vicious denunciation of the value of self-government is profoundly discouraging, and I hope that no one who reads this blog posting will make the mistake of deciding that it is the practice of self-government itself - "politics" - that is our problem, as opposed to all the real problems we actually confront, from global warming, to income inequality, to racism, to atomic war, and more. "Politics" does not create those evils. These are evils we must confront within the world of "politics," because (and here, it appears, I do agree with Higgs) "We Live In A Political World."
Let me just say one thing in conclusion. Having now read Higgs' essay, and essentially rejecting it in its entirety, I can identify something that Higgs said with which I do agree. Higgs is definitely not the "sharpest knife in the drawer."
To Subscribe Just Click This Link
Image Credit:
https://blog.independent.org/2018/08/02/two-worlds-politics-and-everything-else/