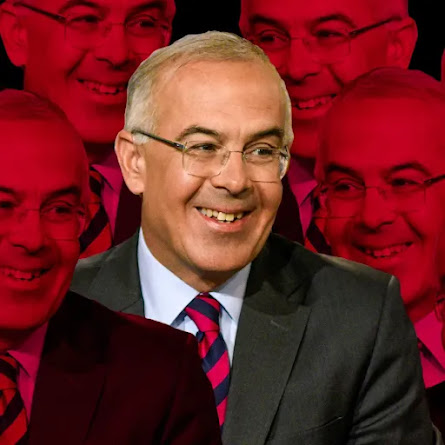 On July 28, 2022, New York Times' columnist David Brooks provided his readers with some advice on "How to Find Out Who You Are." He specifically warns against "looking within." There is no "real you" that exists independently, Brooks says. "A person is not a closed system that can be studied in isolation. A self exists only in relation to something else, while perceiving something and interacting with the world." Those who seek to delve ever deeper into their inner being will end up peeling back layer after onion-like layer until the "center" is found, with nothing actually there.
In his recent column, Brooks suggests that we might best think of ourselves as "artists." We create ourselves, in other words, and we begin by copying predecessors whom we admire. "We are all grabbing from the world bits and pieces of thought and fashion that we can mishmash into our own way of being. The more sources we borrow from, the more interesting our selves are likely to be."
About eleven years ago, Brooks wrote a column with a slightly different premise. That column, published in The Times on October 20, 2011, was titled "Who You Are." In the earlier column, Brooks said that "who we are" is largely determined by unconscious forces:

We are players in a game we don’t understand. Most of our own thinking is below awareness. Fifty years ago, people may have assumed we are captains of our own ships, but, in fact, our behavior is often aroused by context in ways we can’t see. Our biases frequently cause us to want the wrong things. Our perceptions and memories are slippery, especially about our own mental states. Our free will is bounded. We have much less control over ourselves than we thought.

Implicitly, it seems to me, Brooks is asserting that there is some determined, objective set of facts that defines us. In other words, Brooks seems to say that we will find out "who we are" by assessing ourselves as if we were observers. In 2011, Brooks clearly thought that individuals were formed by hidden forces that shape the reality of our human character. The "artist" metaphor, in his recent column, seems to contemplate a bit more creative freedom, as we make our own "mishmash," but we are still counseled to "find out" who we are, with the premise apparently being that "who we are" is a defined reality that exists independently of our own choices and actions - even despite that artist metaphor.
My own approach to the "who we are," or "who I am" question (which is truly an important question), is somewhat different from what Brooks proposes, in either of his columns.
Like Walt Whitman (and now Bob Dylan), I do believe that I "contain multitudes." To me, this means that "possibility" is the essence of who I am - and who "we are." I find out who I am by what I do, bringing into reality by my choices and actions the plenary possibilities that exist within each one of us. It is what we "do" that is most important in discovering "who we are." We are "actors" first, and "observers" only secondarily.
Of course, we can choose to think that we should spend our time in trying to discover who we "are," as if the answer to that question could be provided by uncovering some essential reality that has delimited, and constrained, and defined us.
To my mind, that is not the truth of who we are. Who "am I?" Who "are we?" Whatever the past has been, it is just now that we decide. The past is just a prologue.
We choose. We act. We show the world (we show ourselves) just exactly who we are.
Surprisingly, we are always much greater than we think we are!
To Subscribe Just Click This Link
Image Credit:
https://www.gq.com/story/david-brooks-trump-whitewater