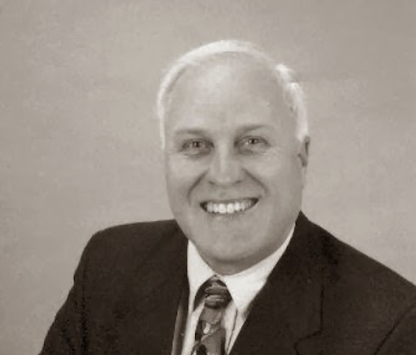 Jeff Bosshard, pictured, is an attorney (recently retired). He lives in Santa Cruz County and publishes an often daily bulletin on political topics, which he distributes by email. Jeff calls himself a "Freedom Advocate," or a "Freedom Systems Analyst," and he has been known to label his emails, "The Freedom View."*
Jeff and I do not agree, very much, on political issues. One of his recent bulletins (sent out on August 6, 2022) provides an example of how we differ. Jeff's bulletin was titled, "Here Come The Lies," and  listed seven different "Whoppers" that Jeff says have been promulgated by the Democratic Party for "one reason only," to "save the Democrat from a well-deserved spanking at election time."
One of the so-called "Whoppers" that Jeff lists is described as follows:

WHOPPER #7: The sky is falling. Man-made carbon dioxide is polluting our atmosphere and causing our planet to die. Switch to electric cars – powered by carbon based fuels, of course, since no electric grid can sustain our needs. We will never have enough batteries, and the discarded ones will further pollute our soils. There is lots of man-made pollution in and about our world, not the least of which is plastic in our oceans, along with pesticide residues and the like. Yes, our oceans are dying: No ocean, no food, we die. But the oceans are not rising – not an inch in the last 100 years. The hottest day on Earth occurred over ten years ago. The globe is not warming exactly as predicted by the scientists, who will say whatever they are paid to say. And no one can say for sure that all of the heat waves we have endured, along with flash flooding that have destroyed many of our crops, are the result of man made Carbon emissions.

Anyone who is following my own thoughts about global warming and environmental protection will quickly realize that Jeff and I do not agree about what is happening to our planet - and why. I also don't really agree that Jeff has properly characterized those other "Whoppers" that he alleges are an electoral plot by Democratic evil doers.
However, let's focus on the topic of "evil doers" for just a moment. I decided to draw attention to Jeff's recent emailed bulletin because he heads it off with this quotation:
"The price good men pay for indifference to public affairs is to be ruled by evil men."
PLATO
While I discourage the practice of designating those with whom you disagree as "evil," I did immediately realize that Jeff's quotation of Plato, as just presented, actually provides the same advice I am always giving readers of this blog, although I use different words.
As I frequently say, if we want to maintain our system of democratic self-government, we need to get involved ourselves.
Indifference to what happens in the realm of public affairs will always lead to "bad government."
Whatever our motivation for our indifference and non-participation may be - and I think, quite often, that such "indifference" comes from a sense that our personal participation wouldn't actually change anything - we each have an equal stake in the lives we live together, and we need to get personally involved in deciding what we should do.
Take it from Plato, or take it from a "Freedom Advocate," or  take it from me!
To Subscribe Just Click This Link
Image Credit:
https://www.yelp.com/biz/jeffrey-bosshard-attorney-aptos-8
*Jeff might be willing to put you on his distribution list, should you ask: jeffbosshard@gmail.com