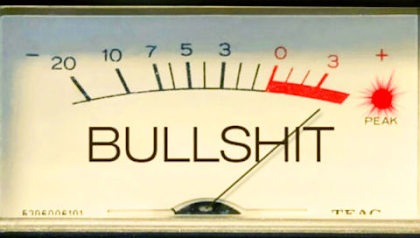 Each morning, I faithfully read my hometown newspaper, The Santa Cruz Sentinel. Of course, that means I read that day's offerings in the "As You See It" section of the paper, the place where The Sentinel publishes a selection of LTEs, or "Letters To The Editor." If you are a Santa Cruz person, I encourage you to express your own thoughts in that "As You See It" section of the paper. Click right here for instructions.
On the morning of Friday, August 26, 2022, the paper included a letter from Dan Misko, who lives in Felton. Here it is:

Now, I am not a great fan of Misko's political perspective, with which I am quite familiar, since I do faithfully read that "As You See It" section of the Sentinel each morning. Misko is a frequent contributor. Misko argues in the letter I have featured here that the Biden Administration has stimulated inflation, and that Biden's action on student debt forgiveness is significantly adding to the problem. There is a point to be made there, I must admit, though reputable economists that I respect (Paul Krugman, for instance) don't think that's true.
What struck me about Misko's LTE, however, wasn't the argument, it was the following phrase: "Typical Democratic manure."
Would it have been possible for Misko to have made his argument without that phrase? Clearly, yes! Would it be possible for those opposing various Republican Party ideas and actions to make their policy points without calling the opposing view "manure," or what turns out to be a much more frequent term, "bullshit"?
Again, the answer is yes. Below, is a Google search showing how those from the Democratic Party side use the same approach that I am highlighting in Misko's letter. [Note: I couldn't find anyone who used the phrase "Typical Republican manure," but there are LOTS of references to "Typical Republican Bullshit" - see below.]: 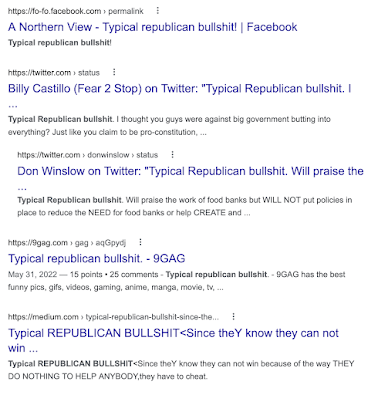 The point of my blog posting, today, is to urge those who debate public policy, however and wherever they do it (in Letters To The Editor or otherwise), to omit gratuitous references to the supposed "manure" or "bullshit" advocated by a political party with which they do not agree.
In other words, I am suggesting that all of us, no matter from which political party we hail, should make our arguments based on a discussion of the policy being evaluated, and not seek to denigrate, collectively, those who have an opposite view as spreading "typical (fill in political party here) bullshit." Or, manure!
We need - and we need to promote - a vigorous debate about public policy, but as Lincoln said (just prior to our bitter Civil War), "a house divided against itself cannot stand." I have made this point before, in a blog posting on July 6th of this year. Denigrating all those in the "other" political party, whichever party that is, will undermine our ability to engage in effective self-government. I have provided, in this blog posting, a demonstration that both Republicans and Democrats employ the same attack, identifying the other party as "typically" (meaning "usually," or even "always") of holding views that are not only allegedly "wrong," but that are, in fact, "not worth shit."
That's a problem!
We can't do that "reason together" thing, if we think that those with whom we need to reason are always full of "bullshit," so that it doesn't make any sense to take seriously what they are saying.
I am not talking about being "polite." I am talking about taking seriously the idea that someone with whom you think you disagree might have a good point or two.
I think Dan Misko does raise a good point that forgiving student debt could have an inflationary impact (and of course there are other arguments against the debt forgiveness policy, too). Those who think differently, however, and ultimately both Paul Krugman and I come down on a different side from Misko on this policy debate, are not just promoting "typical Democratic manure."
We just disagree.
The point applies to those from all parties. We all ought to examine how we argue our case, and cut out any claim that those on the other side are just promoting their "typical bullshit." When we take that approach, we all lose.
By the way, in my blog posting yesterday, in a different context, I made the same point.
To Subscribe Just Click This Link
Image Credit:
https://medium.com/writing-for-your-life/the-allure-of-bullshit-bc350211b438