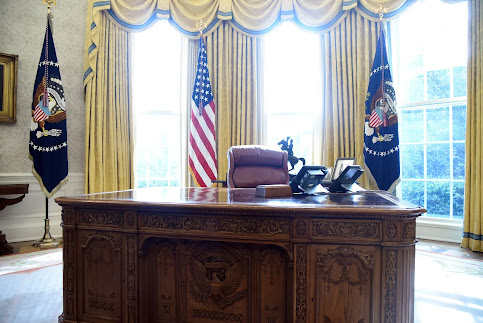 In a July 6, 2022 article, Time Magazine posits that Americans have lost faith in the presidency. According to the article, former president Donald J. Trump gets the major credit for that:

The unrelenting disclosures of the Trump era and President Joe Biden’s continued slide in voters’ minds has provided a one-two punch to the country’s mindset. Today, a meager 23% of Americans have faith in the presidency, a 15-point drop from just one year ago. To find a comparable weakness, you have to go back to the hellish lurches of President George W. Bush’s 2007 crises in Iraq or the 2008 economic meltdown.

At first glance, the data suggests Biden’s performance is to blame for the loss of faith in the presidency. But dig deeper and another story emerges. The abysmal drop in Gallup’s survey is almost entirely due to a loss of faith by Republicans. This isn’t simply an example of partisan flip-flopping. Signs point to Trump having salted the ground of the Oval Office as he left it, in a way that may be unfixable.

Let me suggest that faith in the presidency, per se, isn't, necessarily, something that we should much work to restore. As I said in an earlier blog posting, in November of last year, if we put our faith and trust in government (in all its parts) we are setting ourselves up for disappointment. We may, in fact, be undermining our ability to make government work the way it is supposed to, because we end up thinking that some official, somehow, is supposed to make everything right.
In our system of democratic self-government, the key concept is that "self" part. When we expect our "government" to solve our problems, and to take care of us, we are almost certain to be disappointed and disillusioned. What we need, above all, is to have faith in ourselves - in our ability, together, to solve our problems, and to realize our opportunities. When we think that the president is supposed to accomplish that, and then the president doesn't accomplish that, we might lose faith in the whole enterprise of self-government. Look around. Isn't that exactly what is happening?
Last November, I quoted a Bob Dylan song to make the point that I think is most important. Dylan's message still works for me, and to make it operational, we need to get together in small groups and actively engage ourselves both individually and collectively in the challenges before us.
Dylan's message continues to be very good advice. Click the link to hear him sing about it. Here are the lyrics to the first verse of that song, one more time:
Trust yourself
Trust yourself to do the things that only you know best
Trust yourself
Trust yourself to do what’s right and not be second-guessed
Don’t trust me to show you beauty
When beauty may only turn to rust
If you need somebody you can trust, trust yourself
To Subscribe Just Click This Link
Image Credit:
https://time.com/6194142/trump-republicans-presidency-trust-institution/