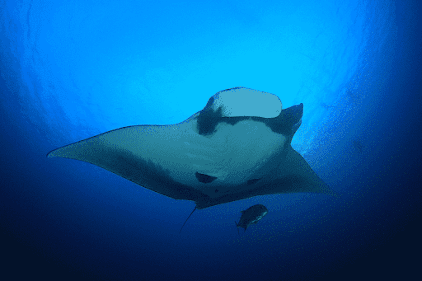 Close Encounters of the Third Kind is a 1977 American science fiction film, written and directed by Steven Spielberg. The films starts Richard Dreyfuss, Melinda Dillon, Teri Garr, Bob Balaban, Cary Guffey, and François Truffaut and tells the story of a blue-collar worker in Indiana, whose life changes after an encounter with an UFO.
I remember being very impressed by Close Encounters when I saw it in a Santa Cruz theater, shortly after its release. Wikipedia tells us that Close Encounters was deemed "culturally, historically, or aesthetically significant" by the United States Library of Congress in 2007, and that the film has been selected for preservation in the National Film Registry.
I am not, really, much of a science fiction fan, and it has been a long time since I have thought about Close Encounters. However, the title of the movie sprang into my mind after I experienced "swimming with Manta Rays," on a recent trip to Hawaii. Clicking that link will give you an idea of what is involved. Clicking on this link will tell you something about the species, which has been listed as threatened and endangered by NOAA Fisheries.
Making contact with aliens from another planet - from another solar system, in another galaxy - fill our imaginations. How strange and wonderful it would be to make contact with such aliens - as the film, Close Encounters, makes so powerfully clear.
I have nothing against the idea that encountering aliens would be strange and wonderful, and might be something to look forward to. Let me suggest, though, that we don't actually have to wait around to experience heart-stopping and inspiring wonder. Our lovely planet has plenty of opportunities for that, already. I know this - and don't we all - from personal experience, most recently from having been in close and intimate contact with awe-inspiring Manta Rays.
It's a pretty wonderful planet. Truly awe-inspiring.
Let's keep it that way! 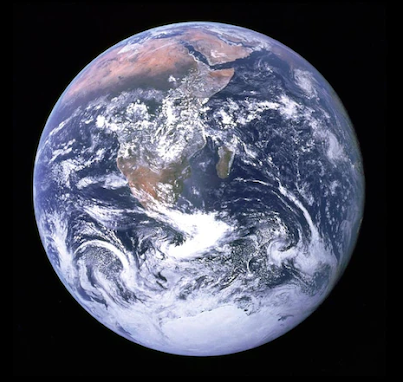