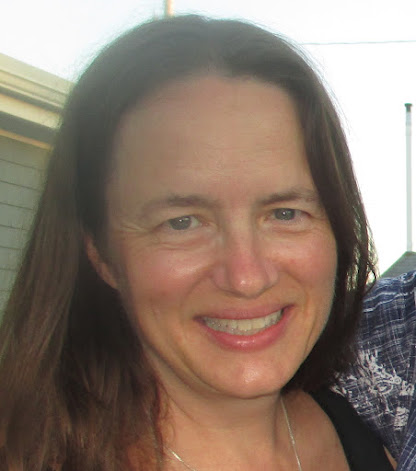 That is Heather Cox Richardson, pictured above. Richardson is a history professor at Boston University, and writes a Substack blog called, Letters From An American. One of her postings arrives in my email inbox every day, usually just a little before midnight. Sometimes, her blog postings show up a little after.
Mostly, Richardson provides a "rundown" of what has happened on the day she is writing about, always illuminated by her command of American history. I was an American history major in college, and I find Richardson's commentaries very much worth reading.
I had a thought, though, after reading Richardson's blog posting on June 13, 2022, that I want to share with anyone who may be reading my own blog. Richardson commented on the hearings that were held that day by the House of Representatives Committee investigating the events that took place in the nation's capital on January 6, 2021. Here is how she began her discussion of that hearing:

Today was the second hearing of the House Select Committee to Investigate the January 6th Attack on the U.S. Capitol. The day began with chair Bennie Thompson (D-MS) laying out clearly and simply that what Trump and his minions did was to try to steal from Americans our right to vote for the leaders we want. That’s the heart of our system of government and central to the rule of law. The investigation of what happened in the last months of the Trump administration isn’t some abstract debate about a short riot, deadly though it was; it is an examination of an attack on the American people and an attempt to destroy our democracy (emphasis added).

While I completely agree with Richardson's point, that there was an orchestrated effort by the president and his collaborators to destroy our democracy, by seeking to negate the democratic choices made by Americans in the presidential election held in November 2020, I didn't really think that "leaders" was quite the right word to use in the sentence I have highlighted above. The "heart" of our system of government, to my way of thinking about it, is not really the right to vote for the "leaders" we want, but the right to choose the "representatives" we want.
The idea that Members of Congress (and even the President) are "leaders" seems to elevate those who hold office above the rest of us. "Leaders," after all, are always "in front," showing us where to go, and "leading" us there.
I do believe that most Americans tend to think of our elected officials as our "leaders," but I suggest that we need to reevaluate. We need to question whether using that word, "leaders," may give us exactly the wrong idea about how our government is actually supposed to work.
I consider that our system of democratic self-government is based on the idea that "we the people" are the ones who are supposed to be doing the "leading," and that when we vote, we don't vote to decide who will "lead us," and who will "show us the way," but we vote to select the people, instead, who will "represent" our desires and choices. Our elected officials should always be called our "representatives," because their job is to "represent us," and to act as our agents, not as our "leaders."
Some might find that the point I am making is just an inconsequential quibble over vocabulary. What do you think? Is the word choice I am complaining about actually of no major importance?
I don't think so!
To Subscribe Just Click This Link
Image Credit:
https://www.bc.edu/bc-web/offices/office-of-university-communications/for-the-media/boston-college-faculty-experts/heather-cox-richardson.html