#178 / Different Rules For The Rich Guys 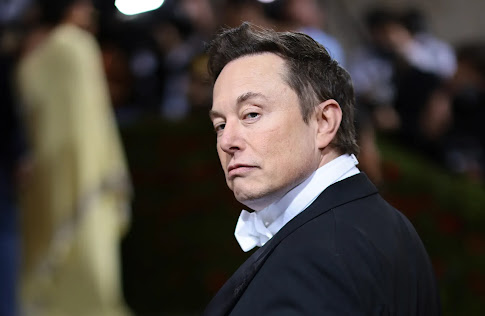 No big surprise, I suppose, that the "rich guys" get treated differently (and better) than the rest of us do. The rules that we have to follow don't always apply to them. We all know that, right? No big surprise! Still, don't you think it's infuriating?
According to The Wall Street Journal, in an article published on Thursday, May 12, 2022 ("SEC Reviews Musk's Twitter File Lag"), the Securities and Exchange Commission (the SEC) is likely to give Elon Musk a "pass," after discovering that he violated SEC disclosure rules with respect to the stock purchases he made in connection with his efforts to get control of Twitter.
Musk is, reportedly, the "richest guy on the planet." No surprises! When the richest guy on the planet manipulates the stock market, our official regulatory agencies just marvel at his genius. What is called "prosecutorial discretion," in the criminal law context, is likely going to be mobilized on behalf of our billionaire rule breaker.
Here is the story: SEC rules say that persons who buy move than 5% of a company's shares must file a public form that lets the rest of the world know about that. As The Journal says, "the disclosure functions as an early sign to shareholders and companies that a significant investor could seek to control or influence a company." This is relevant because when one of those "rich guys" starts trying to buy up all the shares of a company, the value of those shares goes up. It's "supply and demand," in the stock market context. The number of shares in a company is fixed, as of any specific time, and so if there is a new "demand" for those shares (the "supply"), the price should increase.
If Musk starts buying up Twitter shares, the price should rise, under the well-known supply and demand principle, but that's only true if those holding the shares know that there is now a new "demand" factor that could increase the value of their own holdings.
And.... in the case of Musk's purchase of Twitter shares, the disclosure form he ultimately filed was filed at least ten (10) days after the trigger date the rules say he should have given public notice of his purchasing activities.
NOT filing the required notice when he should have filed it means that "Musk likely saved more than $143 million." That amount of money, effectively, was transferred from the holders of the shares that Mr. Musk obtained, and basically went to benefit Musk alone, instead of being more equitably distributed to the then-current shareholders. Who were those shareholders? The Wall Street Journal doesn't name any names. After all, they may not be "rich guys," like Musk. It could be, in fact, that you and I were among the victimized. Many very ordinary, non-rich people have retirement accounts that include stock holdings, including in the somewhat more risky "tech sector." So, Musk definitely benefited by breaking the SEC rules. You and I, or people like us, were the $143 million losers.
You are reading this blog posting (if you are) because of the following statements made in The Wall Street Journal story:

“The case is easy. It’s straightforward. But whether they’re going to pick that battle with Elon is another question,” said Dr. Taylor, referring to the prospect of a regulatory lawsuit against the outspoken entrepreneur.

The SEC could drop its investigation without bringing civil claims, as not every probe results in formal action. An SEC lawsuit against Mr. Musk would be unlikely to derail the Twitter deal because the company’s board of directors has endorsed it and the SEC generally lacks the power to stop mergers or take-private transactions, said Jill E. Fisch, a securities and corporate law professor at the University of Pennsylvania Law School.

The article goes on, to detail more of Musk's stock market machinations. It may be that The Journal's investigative journalism, in this case, will mean some penalties for Musk. But, frankly, it doesn't look like that's going to happen, based on what I deduce from The Journal's reporting.
So, the rules seem to be different for the "rich guys." No surprises, right?
No surprises, but don't you think it's infuriating?
Don't you think we should be doing something about it?
To Subscribe Just Click This Link
Image Credit:
https://www.vanityfair.com/news/2022/05/elon-musk-multibillionaire-friends-buy-twitter