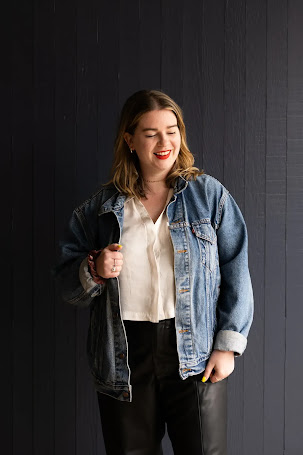 That is Tori Dunlap, pictured, who is what The New York Times calls a "finfluencer." If you want her own description, click on that link to Dunlap's name, and you will get this description:

After successfully saving $100,000 at age 25, I quit my corporate job in marketing to fight for your financial rights. I’ve helped over three million badass women make more, spend less, and feel financially confident. Because having a financial education is a woman’s best form of protest. 💪

You can click right here for The New York Times' article, published on April 16, 2022. Here's what The Times reports about Tori Dunlap and her business as a "finfluencer":

The women logged on from Alaska, Florida and points in between, excited and nervous. The energy was palpable in the chat stream, which bubbled with the kind of quick and candid confessions that emerge in a room of virtual strangers.
One said she was so teary-eyed with happiness that someone must be cutting onions. Another said she was so wound up she could vomit. Encouragement and expletives flowed freely. But one user’s request to Tori Dunlap got directly to the point: “Teach me how to make money!!!!!!!”
By the end of hourlong workshop, Ms. Dunlap — who regularly reaches nearly 2.8 million followers through TikTok and Instagram — had helped roughly 170 women invest nearly $20,000. For many, it was the first time they had ever bought a share.
Talking about money, Ms. Dunlap said in an interview later, can be “the most boring thing in the world.” And though she cringes at the word empowerment, that’s what money is about: the ability to fund causes you support, travel and spend as you like, and make — or break — personal relationships without consideration of the financial implications.
“It’s what money can buy you,” said Ms. Dunlap, 27, who dispenses financial tips and career advice, sometimes in T-shirts with slogans like “Smash the Patriarchy” or “Financial Feminist,” the title of a podcast starting again this month as well as a book due out in December.
She eschews American tropes about bootstraps that don’t work for a generation whose wages haven’t kept pace with tuition bills or the cost of living, and finds common criticisms of younger Americans, like that they’re struggling because they don't work hard or buy too many lattes, offensive.
“That is so insulting to the single mom who works harder than any of us but can’t afford her rent,” Ms. Dunlap said.
It’s an appealing message for many young people, helping make Ms. Dunlap a popular financial guru whose business grossed more than $3.4 million last year, she said, spurred on by a pandemic that has raised the popularity of investing and swelled the ranks of self-made online experts (emphasis added).

It is obvious that "making money" is a tool of individual empowerment. When you have more money, you have more choices. No one can dispute what Dunlap says about that. But trying to empower oneself, individually, by making good financial investments, is what I'd call a "long shot." Dunlap is a millionaire. The women attending the seminar discussed in The Times' article were able to mobilize, on the average, $117 apiece. If you are a single mom who can't afford rent, and someone who is working multiple jobs just to be able to survive, I think it is highly unlikely that your individual investment efforts will (for most) pay off with the kind of empowerment that is promised.
Let's remember that "empowerment" comes in two flavors. One is "individual" empowerment. But making individual financial investments is not the only way that more power can be achieved. Collective empowerment is also available.
That "collective" approach is commonly called "politics," and it makes me sad to think of tens of thousands of single moms investing their very scarce funds with "financial gurus," like Dunlap, when political organizing for economic justice would quite likely have a more certain payoff. I think the unionizing efforts of Starbucks' workers have much more promise.
In the end, we are "together in this." When we act together for economic justice our individual power is maximized. Using that political approach, instead of thinking we can make it big in the stock market, individually, is how we will really "make more money."
Let's not forget that! 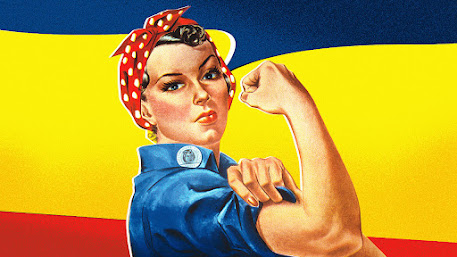