#132 / Another Politician "Pumping Out The Piss" 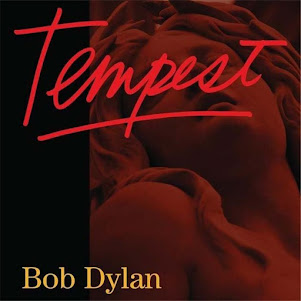 Anyone who has read a few of my blog postings knows that I am a pretty big Bob Dylan fan. As an example, on December 31, 2021, as last year came to a close, I titled my blog post, "Last Day (Songs Included)," and I then provided readers with both lyrics and links to the actual music for thirty-plus Bob Dylan songs that I think are particularly worthwhile. I am still listening to that playlist myself as I walk around town.
Not included in my "Last Day" listing was the song "Pay In Blood." It's a good song, with lots of memorable lines, and I like it, but "Pay In Blood" has one verse that has always disturbed me:

I see "politics" as an honorable and important activity (even "profession"), and since I was classified as a politician for twenty years, and have always been proud of having been a politician, it makes me uncomfortable that Bob Dylan has portrayed "politics" in such an unremittingly negative light in this song.
Of course, don't we all know why Bob Dylan would characterize politicians the way he has in "Pay In Blood"? Consider those politicians in Congress who show up in the the news every day, spouting off about serious subjects, with their "political" statements reflecting both deliberately-included misinformation, outright lies, stupidity, denials, and statements long-simmered in hypocrisy. Dylan is all too right about those politicians - and there are a lot of them!
But what about our local politics? As I indicated yesterday, I consider local government to be where "democracy" begins, and I think that local politics is what can sustain our system of democratic self-government. Our local politics is where the people can see evidence that what they do makes a difference. Our local "politicians" should be exemplars of the idea that democracy is, at its core, not only "a local thing," but a thing that is both worthy and honorable. Maintaining faith in the value of local political engagement, in other words, may be our last, best hope for maintaining and restoring a vital democracy in the United States.
That's what I said in my blog posting yesterday, and I truly believe it. We can't allow our local politics to turn into the kind of politics that is so routinely practiced at the national level - and even at the state level. We can't permit our local politicians to be "pumping out the piss."
By and large, they aren't. By and large (with a few exceptions), I think our local politics has been decent, honest, and good. Our local politics has not been - nor has it been seen - as "dirty," the way our national politics is often so accurately seen. We do not characteristically think about our local politicians as "pumping out the piss." We need to keep our local politics that way, too. We need to keep it on the "up and up."
There are, as I said, a few "exceptions" to what I generally think has been an honest and decent politics here in Santa Cruz County. I learned about one such distressing exception yesterday, the same day my blog posting on local democracy was published.
It turns out that four members of the Santa Cruz City Council violated state law as they met with a local pro-development political group, Santa Cruz Together, and discussed issues relating to district elections.
The meeting was a clear violation of the Ralph M. Brown Act. The Brown Act is the state law that makes it illegal for a majority of any elected body to meet other than in a publicly-noticed meeting when items of governmental business are being discussed. The link I have provided to the law is what the City of Santa Cruz has to say about the Brown Act, and all members of the Santa Cruz City Council definitely know about the Brown Act, and know that it is a violation of the Brown Act for an elected official to show up a non-noticed meeting at which city-related business is going to be discussed, if a majority of the Council will be in attendance.
Here is a list of the elected officials who didn't care about the Brown Act, or who thought they could get away with disregarding it:
Kalantari-Johnson, who is running for County Supervisor (for the Third District seat I once held), not only participated in this illegal meeting, she also made a campaign speech and then stood by as the leaders of the group informed those in attendance how to avoid the County's campaign contribution limit ordinance by making purportedly "independent" expenditures which were not, of course, "independent" at all, given that Kalantari-Johnson was right there in the meeting, asking for their support.
Official complaints to the District Attorney and to the Fair Political Practices Commission are certainly coming. You can listen to a recording of the meeting by clicking right here. The recording was made by a local resident, Ann Simonton, who was in attendance, and who was deeply concerned about what she saw happening. She has brought to light what the participating Council Members wanted to keep in the dark.
HERE'S ONE QUICK TAKEAWAY FOR THIRD DISTRICT VOTERS: Don't vote for Kalantari-Johnson, if you were ever inclined to do so. She qualifies for a Bob Dylan "pumping out the piss" designation.
As for all the Council Members who participated in the meeting, there is another takeaway, too. If we want to keep our local politics honest, and decent, and on the "up and up," our District Attorney and the FPPC need to take prompt action against any local officials whom they determine have violated the law.
To Subscribe Just Click This Link
Image Credit:
https://genius.com/Bob-dylan-pay-in-blood-lyrics