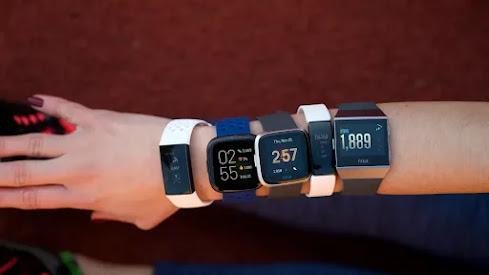 Lindsay Crouse has some good advice for us. Crouse is an American actress, and is now one of the "celebrity" opinion writers that The New York Times has begun featuring on its editorial pages. Crouse's column on Saturday, January 29, 2022, is titled, "I Ditched My Smart Watch, and I Don't Regret It." I have never worn a "smart watch," and I don't regret that, either.
Crouse's point is that the smart watch phenomenon is an effort to "outsource your well-being to a device, and to convert it into a number." When we do that, she says, we are letting data stand in for self-awareness.
There is hardly anything more valuable than self-awareness, and self-awareness is hard to come by. High-tech efforts to digitize self-awareness will end up being a distraction, according to Crouse. I think she has her finger on the pulse of an important truth.
As so often happens, a couple of lines from Bob Dylan sprang into my brain as I read Crouse's thoughts about smart watches. In his song, "The Man In Me," Dylan advises us that:

The man in me will hide sometimes to keep from bein’ seen, but that’s just because he doesn’t want to turn into some machine.

There are probably a fair number of readers who will not know anything about Julien Offray de La Mettrie, and his famous book, "Man A Machine." I can recommend that you track it down.
Machinery operates in a world of determinism. If "man" is a "machine," then human beings operate in the world of determinism, too.
I argue the opposite, that human beings operate, always, in the world of possibility, which is the world of freedom. Whatever our situation, we have, always, a choice (and sometimes more than one) about what we will do. "Self-awareness" is what puts us in touch with our own possibilities.
Let's not try to outsource that!
To Subscribe Just Click This Link
Image Credit:
https://www.reviewed.com/health/best-right-now/the-best-fitbits