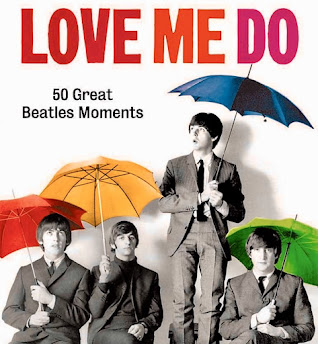 In a column in the February 11, 2022, edition of The New York Times, David Brooks cites to Cass Sunstein to explain "What the Beatles Tell Us About Fame." Sunstein, who is a friend of former president Barack Obama, and who is married to Samantha Power, former Ambassador to the United Nations, is a professor at Harvard Law School and has written a paper for The Journal of Beatles Studies. Sunstein's paper is titled, "Beatlemania," and was pending publication as of the date of Brooks' column).
I am not really too interested in the details of how the Beatles became famous (not that this isn't an interesting subject), but I am very much interested in the concept of "informational cascades," the term Sunstein uses to describe what happened with the Beatles. To give you an idea, here is what Brooks says, after introducing the term in his column:

One of the things I take from Sunstein’s work is that people don’t rely only on their own judgments; they think in social networks. We use informed others in our network to filter the mass of cultural products that are out there. If a highly confident member of your group thinks something is cool, you’ll be more likely to think it’s cool. If holding a certain political opinion or liking a certain band will help you fit in, you’ll probably do so. If a group of like-minded people get together, they will tend to push one another to a more extreme version of their existing views.

In his paper, Sunstein cites a study done by Matthew J. Salganik and others that illustrates the immense power of social influence. The researchers recruited about 14,000 people to a website where they could listen to and download 48 songs. Some of the people were divided into subgroups where they could see how often other people in their subgroup downloaded each song. Sunstein summarizes the results: “Almost any song could end up popular or not, depending on whether or not the first visitors liked it.” If people saw the early champions downloading a song, they were more likely to download it, too (emphasis added).

This phenomenon of "informational cascades" clearly does have political relevance, as Brooks indicates in his commentary. I take the term to identify a phenomenon that is quite similar to a phenomenon that I have talked about in several blog postings. People most often do what is expected of them - or what they think is expected of them.
The principle plays itself out in lots of different ways, including in forms both positive and negative. See the photograph below for a "negative" example, a "political protest that got out of hand." 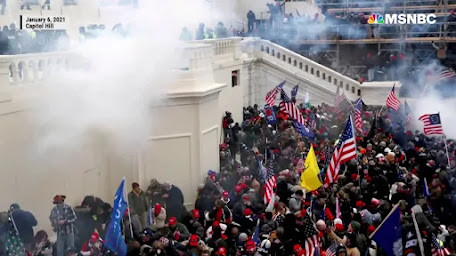 I am most interested in the "positive" implications of Sunstein's concept of "informational cascades." If the theory is correct, and describes something beyond how certain songs and musical groups become popular, what is implied by a recognition of the power of "informational cascades" is that a small group of people - of no particular distinction or note - can change the world.
Such "informational cascades" might be deployed to either good or evil effect.
Here's my thought. Let's get a small group together and just go for the good. After all, the Beatles did it!
To Subscribe Just Click This Link
Image Credits:
(1) - https://www.amazon.com/Love-Me-Do-Beatles-Moments/dp/1780873298
(2) - https://www.msnbc.com/all-in/watch/january-6-2021-the-day-as-it-happened-130323013678