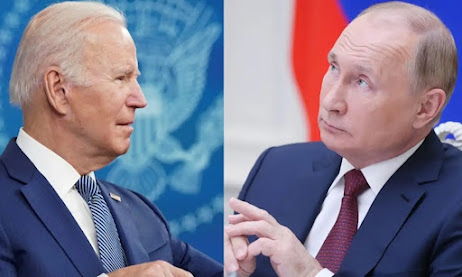 Thursday's papers brought me some actual news. They told me something I didn't know.
Apparently, the United States of America has what is called a "Tiger Team," assembled from within the National Security Council. Exactly what this is, when it was formed, how it operates, who the members are - all the good stuff that you might expect that the citizens of a democratic country should know about the country's institutions - doesn't seem to be very clear.
I don't know what the Wikipedia article will look like by the time you read this blog posting, but Wikipedia is apparently doing some internal jousting about what our Tiger Team is all about. Click that link for a Wikipedia posting that indicates (at least as I am writing this post) that there is internal conflict, at Wikipedia, about what should be said about our "Tiger Team." Reliable information appears to be scarce.
The New York Times ran a story on March 24, 2022, which alerted me to the existence of our Tiger Team. You can click right here for that article. That article will tell you, paywall permitting, that the Tiger Team is "making contingency plans lest Russia use its most potent weapons."
You get the picture, right? Our "Tiger Team" is working out what the United States will do if Vladimir Putin starts using nuclear weapons. Or chemical weapons. That, too, if he were to decide to do that.
I am reproducing, below, the text that was inside a highlighted "pull quote" inserted into the long columns of type that comprised The Times' article:
A 'Tiger Team' looks at an array of possible escalatory actions.
My immediate response to this news about the "Tiger Team" is that whatever "planning" we are doing, in response to what Russia is doing in Ukraine, should not be centered on what sort of escalatory actions might be available. I would like to think my blog posting from yesterday ought to have been convincing on that point.
We and the whole world need to be talking, day and night, about deescalatory actions! That's what we need now - and we will need such deescalatory actions even more if Russia continues and amplifies its current approach (which  seems to be aimed at reducing major Ukrainian cities to rubble by aerial bombardment - a little "mini-Dresden" approach). 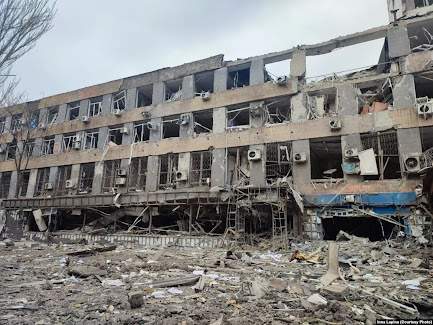 Escalating actions in Ukraine are leading us, inevitably, towards total destruction. That is the "Back to the Stone Age" approach I discussed yesterday.
Back to the Stone Age is not the direction in which we want or need to go.
If our "Tiger Team" is our "best and the brightest," as one would think it should be, then that Tiger Team needs to be brainstorming how we can start heading the world in the opposite direction from its current "Back to the Stone Age destination.
We need to get that "Tiger Team" working on an array of possible non-military, non-confrontational actions that will deescalate, not escalate, what appears to be a race to the brink.
To Subscribe Just Click This Link
Image Credits:
(1) - https://www.newsnpr.org/tiger-team-helps-biden-deal-with-putin-in-ukraine-crisis/
(2) - https://www.rferl.org/a/politics-war-russia-ukraine-invasion-mariupol-destruction/31747981.html