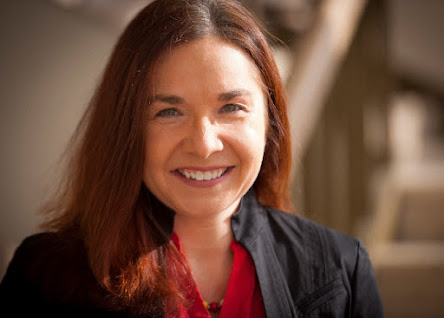 ...It's off to work we go!
Katharine Hayhoe, pictured above, is a Paul Whitfield Horn Distinguished Professor and Endowed Chair in Public Policy and Public Law in the Public Administration program of the Department of Political Science at Texas Tech University. She is also the Chief Scientist for the global conservation organization, The Nature Conservancy.
In its January 9, 2022, edition, The New York Times Magazine featured a conversation between Hayhoe and David Marchese, focused on "how to wrest free of climate inaction." This is a topic I think about quite a bit, since the future of life on this planet - and certainly the future of our human civilization - will probably depend on whether we can get beyond inaction, and take the dramatic steps necessary significantly to reduce, or even eliminate, our current greenhouse gas emissions.
I have been particularly worried about a phenomenon addressed in the Hayhoe interview. Since individual efforts are, plainly, "not enough" to address the problem, and since collective action at the national and international level is absolutely required, how do we arrive at a politics that can address the larger-scale changes we need, at the same time that we all know that our own individual actions don't particularly count?
That seems to be where we are, and that just doesn't "compute," in my way of thinking. Appealing to everyone to make individual sacrifices is pretty hard, particularly when we are correctly told that any individual changes or sacrifices we make aren't really going to solve the problem. We think it's up to the government, and the corporations, and the international organizations (which it is). Meantime, we keep buying new cars, and pumping up our economy, and eating hamburgers.
Hayhoe did speak to this issue in her discussion with Marchese:

You talk a lot about the importance of trying to communicate with people outside of our respective bubbles. You do that out of necessity because you’re doing the work you do while living in an conservative part of a conservative-leaning state. Where might cross-ideological conversations, particularly about climate change, happen for people who aren’t in a similar situation? So here’s the interesting thing: Your question contains a misconception. The misconception is that climate action isn’t occurring because of the people who aren’t on board with it. The reality is that more than 70 percent of people in the U.S. are already worried about climate change, and about 35 percent of those are really worried. So the biggest problem is not the people who aren’t on board; the biggest problem is the people who don’t know what to do.

According to research conducted by the Yale Program on Climate Change Communication, 26 percent of people believe climate change is an urgent problem but are unsure what they can do to solve it. And if we don’t know what to do, we do nothing. Just start by doing something, anything, and then talk about it! Talk about how it matters to your family, your home, your city, the activity that you love. Connect the dots to your heart so you don’t see climate change as a separate bucket but rather as a hole in the bucket of every other thing that you already care about in your life. Talk about what positive, constructive actions look like that you can engage in individually, as a family, as an organization, a school, a place of work. Add your hand to that giant boulder. Get it rolling down the hill just a little faster. Even if we live in a progressive bubble, most of the people are not activated, and we activate them by using our voice.
Is not knowing what to do still a viable excuse for anyone? There’s supporting politicians who have strong environmental platforms. There’s eating less meat. There’s pursuing green energy options. Isn’t it easy to figure out things to do? It is, but we’re so individualistic that it affects our perspective on climate solutions. We think it’s all about us and then we’re racked with guilt over the bottle that we didn’t recycle or the hamburger that we ate. You could feel like you’re doing everything possible to cut your personal footprint, and that would be a tiny fraction of the solution. When we realize that as individuals we can’t fix it, that’s where despair comes in. And if we don’t realize that we have a shadow, not just a footprint, we feel like there’s nothing that we can do because all we see is companies squabbling and avoiding action and the government in deadlock. I mean, I get discouraged and depressed reading about that stuff (emphasis added). That’s why we need to make people aware that, yes, our personal actions do matter but they matter because they can change others (emphasis added). When we take that extra step of saying: “Hey, I tried a Beyond Meat burger, and it was delicious. Let’s go to this place for lunch and give it a try together.” Or: “I reduced my food waste. Have we thought about composting in our cafeteria?” If you take those kinds of actions, all of a sudden you’ve got 30, 50, 100 more people whose hands are on the boulder beside you, and you realize, hey, we might have a shot at fixing this.

Let me give you the key quote, again:
Yes, our personal actions do matter, but they matter because they can change others.
We have an individual "footprint," but what we do, when we let others know what we do, can cast a much bigger shadow than we might imagine. Hayhoe is right. Our small little actions - especially when broadcast to others - can cast a big shadow, indeed. Once we start realizing that what we choose to do, individually, can change reality, we will have a shot at saving the world! 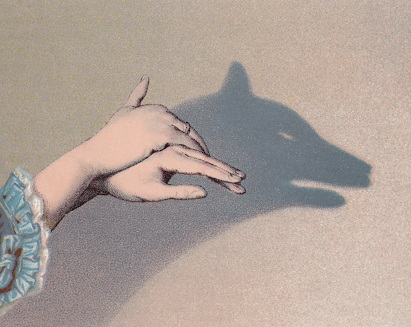