#25 / My Prescription For Today 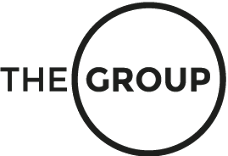 I am not sure whether I ever read The Group, by Mary McCarthy. The only one of her books that I have on my bookshelves is The Groves of Academe - and my underlines and notes do provide proof that I read that one, at least. If I did read The Group, which was first published in 1963, no memory of that book remains. Except for the title, of course. The title does remain, and The Group is still in print. Here is what Amazon says about it, by way of an introduction and review. Makes me think I should read it again (or for the first time):

Written with a trenchant, sardonic edge, The Group is a dazzlingly outspoken novel and a captivating look at the social history of America between two world wars. "Juicy, shocking, witty, and almost continually brilliant."??―?? Cosmopolitan Award-winning Mary McCarthy’s most celebrated novel follows the lives of eight Vassar graduates, known simply to their classmates as “the group.” An eclectic mix of personalities and upbringings, they meet a week after graduation to watch Kay Strong get married. After the ceremony, the women begin their adult lives ??―?? traveling to Europe, tackling the worlds of nursing and publishing, and finding love and heartbreak in the streets of New York City. Through the years, some of the friends grow apart and some become entangled in each other's affairs, but all vow not to become like their mothers and fathers. It is only when one of them passes away that they all come back together again to mourn the loss of a friend, a confidante, and most importantly, a member of the group.

I have recently finished reading Hannah Arendt's book, The Life of The Mind - I do remember that one - and maybe this is what has made me think about The Group. Not everybody knows this, but Mary McCarthy and Hannah Arendt were great friends, and The Life of The Mind was actually edited by Mary McCarthy, after Arendt's death. It is sort of fun to think of Arendt and McCarthy together - I think of them as being quite different. Surely the "group" they formed must have been quite a bit different from the kind of group documented in McCarthy's famous novel. Or, maybe not! Arendt and McCarthy did, apparently, travel together in Europe, at least a little bit. I learned that from an editorial note that McCarthy wrote at the end of The Life Of The Mind.
Whether or not I ever read The Group, the "title" has always been important to me. Perhaps it is just a kind of romantic longing - since my tendencies are solitary - but I have always believed that being part of a "group," like the group described in McCarthy's novel, must surely be one of life's greatest blessings.
And, in fact, so it is!
More or less by chance - and I consider it to have been a stroke of immense good fortune - I have become included in and have become a bona fide member of a genuine "group," with weekly meetings on Zoom. Don't scoff. The technology doesn't really get that much in the way, and actually makes this particular "group" even possible.
The group I am talking about was organized by the family of an old college friend, and includes my friend, my friend's two brothers, his two daughters, his grandchildren, and a master gardener friend of his daughters. Both of these daughters, incidentally, live in the town where Bob Dylan was born - a definite plus in my book, but not much celebrated by anybody else (particularly not by that master gardener).
Other family friends are included, too, so it's not just family. There is a high-ranking county official, an archeologist, and members of my own family. Members of the group join a weekly Zoom call from Sonoita, Arizona, Duluth, Minnesota, Palo Alto, Woodside, and Santa Cruz, California. And let's not forget New York City (and oftentimes The Hamptons). Besides the archeologist, master gardener, and the high county official, already mentioned, there is a former elected official (me), another attorney (my college friend), college instructors, two physicians, a Dean of Students, a case manager at a hospital, and a brother whose accomplishments do not easily fit into any single category but who is congenial above all else, and who always has good film recommendations.
To the degree that our lives tend to pull us apart, and to convince us, from the immediate evidence, that we are all alone, separate, solitary, and individual, a "group," like the one I just mentioned, is a powerful antidote.
It is my belief that we are all going to be called upon, in times upcoming, to be able to organize ourselves to act cooperatively, on matters of immense importance. Knowing how to get a group together, and to keep it together, and to collaborate and cooperate, will be a survival skill. Not to be too "instrumental" about it, being part of a "group, like the one I just described, is also an immense joy, a benison almost beyond believing. Being part of a "group" is just as significant as I have always thought - an idea I associate with the McCarthy book, whether I have read it or not.
If you are not already a member of what you would identify as a "group," think about whether it wouldn't be nice to put a group together. You can do it for free, on Zoom, if you are not geographically proximate.
This is my suggestion (you could call it a prescription) for today.
And read that McCarthy book, perhaps. I think I will!
Image Credit:
https://www.thegroup.com.uy/login.php
To Subscribe Just Click This Link