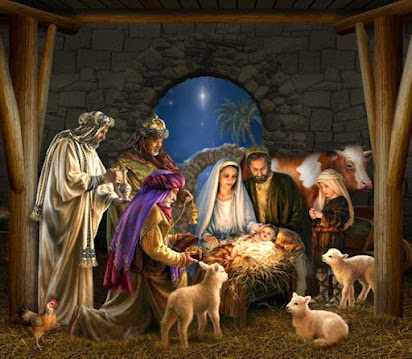 WHERE WOULD JESUS SLEEP IN SANTA CRUZ?
by Keith McHenry

Bedding swirled into the San Lorenzo River as people in a panic dragged their soaked tents to higher ground. The shame of Santa Cruz officials' indifference to the homeless for the world to see. Merry Christmas.

We all knew the flood was coming. But city and county officials and their allies in local vigilante hate groups like Santa Cruz Neighbors and Take Back Santa Cruz have aggressively pushed the message that those who live outside are less than human unwanted pests making sure that the solution of housing our neighbors impossible so far.

The Santa Cruz Homeless Union and Food Not Bombs have been warning the city about the need to move the Benchlands Camp to higher ground for nearly a year. We argued this eventuality in Federal Court before Judge Susan van Keulen. The city gave her vague promises of finding a solution before the deluge. That didn’t happen.

Anyone who was found setting up a tent on higher ground was threatened with arrest and told they wouldn’t be harassed if they moved to the Benchlands. That was city policy. City policy also included forcing people into tents adding to the numbers who had to locate in a flood plain. The police have been systematically forcing people from their vehicular homes by aggressively ticketing them until their housing is towed and scrapped. These older victims of a bah humbug city government find themselves at Food Not Bombs seeking a tent, a tarp and direction of where to set up.

But because city officials don’t seem to view the people living in the Benchlands as fully human they didn’t make any plans. They didn’t announce a higher ground location the week before the catastrophe. They didn’t arrive with trucks and offer to move those who wanted to Harvey West or the garages as bleak as that is. They couldn’t because their campaign of hate towards the homeless that they have generated during city council meetings and in the media would mean immediate push back from their allies.

The people on the Benchlands did what they could to prepare for the floods. Benchland campers have been dragging palettes to their sites for weeks. Water diversion trenches have been excavated. Food Not Bombs has spent over $4,000 in cheap pup tents and tarps to aid in the effort.

Our contingency plan for the Benchland was a move back to the area of last year’s Holiday Evictions at least during the flooding. Those plans were blocked by the police even as the San Lorenzo River flowed across the camp.

California has a $30 billion surplus and HUD claims they could end homelessness in all of America with less. Millions pass through the hands of our local bureaucracy every year dedicated to solving the "homeless problem." This global spectacle of shame could have been averted.
A town named Santa Cruz would have found the homeless baby Jesus laying in a manger and told Mary and Joseph to go find a scrap of mud in a flood zone and pitch a cheap pup-tent.
oooOOOooo
Today is certainly a day to remember those who are homeless. The piece reprinted above, dated December 18, 2021, comes from Keith McHenry, the head of Santa Cruz Food Not Bombs. In fact, Santa Cruz is not the only community, today, in which a homeless baby Jesus would not find a safe place to shelter from the storm. The same conditions Keith McHenry describes are found in virtually every large city in the nation, and in lots of smaller ones.
We can, individually, help to offset our collective failure to provide housing and assistance for those who need it. Click this link, for instance, to make a contribution to Food Not Bombs.
I wish it were as easy as "clicking a link" to change this nation's policy priorities in a more fundamental way. We could, as Keith McHenry points out, eliminate homelessness, providing more food, and shelter, and billions fewer dollars for bombs.
If we did that, we could truly say, "Merry Christmas" to anyone we met, with some hope that this might be actually be true for them.
I hope it's true for you.
Image Credit:
https://www.ke-99.top/products.aspx?cname=nativity+scene+images&cid=6
To Subscribe Just Click This Link