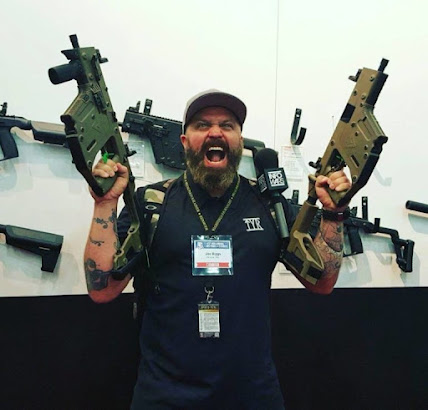 In mid-November, The New York Times reported on a political meeting held in western Idaho in October. Here is the lead paragraph in The Times' report:

At a conservative rally in western Idaho last month, a young man stepped up to a microphone to ask when he could start killing Democrats. “When do we get to use the guns?” he said as the audience applauded. “How many elections are they going to steal before we kill these people?”

If you click the "start killing Democrats" link, you can watch a video that captured the question - and the immediate audience reaction. The meeting was apparently sponsored by Turning Point USA, and a right wing activist and radio talk show host, Charlie Kirk, was the person on stage who fielded the question. Kirk responded by pushing back against the idea that "killing Democrats" was a good political strategy - at least right now!
According to The Times' reporters, Ben Adams, the local state representative, and a Republican, later called that inquiry about when conservatives could start "killing Democrats a “fair” question. He suggested that Charlie Kirk - who opposed the "killing Democrats" strategy - "probably isn't the person to ask." Mr. Adams did not make clear whom he thought was the right person to ask.
Remember the Weather Underground? At an earlier time of very significant social and political polarization in this country, violence (from the "left" not the "right," in that case) did not prove to be an effective way forward. It's not an effective way forward now, either.
When do we start killing each other as a way to deal with our conflicts? Is that a "fair question?" I don't think it really is, but just in case someone does want to ask it, let me repurpose that cartoon from my blog posting yesterday.
How about "never." Is never good for you? 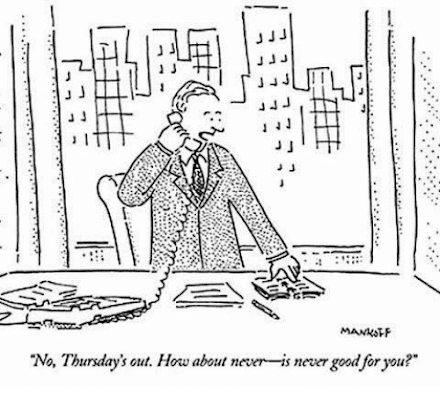