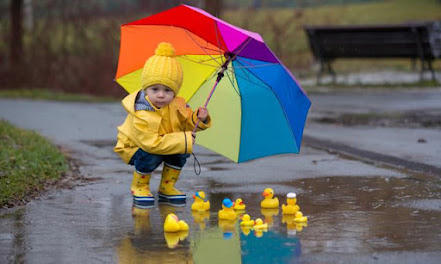 The Wall Street Journal's editorial board is quite concerned that the United States might be thinking about "Folding America's Nuclear Umbrella."
In the editorial statement linked above, a statement that ran in the paper on Saturday, November 13, 2021, The Journal speculates that President Biden might be thinking about scaling back America's nuclear deterrent by adopting a "no first use" policy, or its equivalent.
As those reading this blog posting probably know, the current United States' policy on the use of nuclear weapons is that our nation reserves the right to use nuclear weapons "not just in response to a nuclear attack, but also in 'extreme circumstances' involving 'significant non-nuclear strategic attacks,' including with chemical or biological weapons." That statement is how The Wall Street Journal characterizes a "declaratory policy" on "first use," promulgated by former president Donald Trump in 2018.
The Union of Concerned Scientists has described what a "no first use policy" would entail, in a statement published on May 7, 2020. For those at all interested in thinking about how human civilization might end, I do recommend a review of what the Union of Concerned Scientists has to say. The UCS explanation is more nuanced than the explanation provided in The Journal's editorial.
The Bulletin of the Atomic Scientists has regularly published a "Doomsday Clock," signaling to us how close we are, as the stewards of human civilization, to destroying our world with "dangerous technologies of our own making." Nuclear weapons are certainly one of those "dangerous technologies." The "Atomic Scientists" is a different group from the "Union of Concerned Scientists," but it is also a group of "scientists." As we have been learning in the current pandemic, paying attention to the "scientists" is often a pretty good idea.
According to the Atomic Scientists, we are 100 seconds to "midnight" by the current countdown. That means there is not much time left to make some necessary corrections (including, I believe the Atomic Scientists would argue, in our policies guiding the use of nuclear weapons).
So, what about a "no first use policy?" I tend to think the world - our own country most definitely included - would be much safer if the United States told everyone that we will never use our massive inventory of nuclear weapons on a "first use" basis. If there were any credibility in such a promise, it might allow nations like China (now in the process of developing new nuclear weapons) to spend its money for something that would actually make the world better, as opposed to something that moves that Doomsday Clock ahead. Eliminating greenhouse gas emissions comes to mind.
The whole idea of our current "first use" policy is that if other nations fear an atomic attack by the United States, that threat will be a "deterrent" to warlike actions by those other nations. And, of course, the United States, facing possible nuclear attacks from other countries, like Russia or China, will also be "deterred" from attacking others if we fear that a failure to work things out diplomatically might lead to a nuclear attack on us. India and Pakistan are using the same playbook. Israel is, too. This "mutual assured deterrence" idea is the current way that we keep the world at peace. That's the theory, anyway, and that the United States might change its "no first use" policy can be seen, in the context of this approach, to be pretty dangerous and destabilizing.
Obviously, it is possible to disagree that having lots of countries threatening to launch a nuclear war is the best way to maintain or achieve world peace. I, personally, am a critic of that idea. That said, however, the concept of "mutual deterrence" does have a certain logic to it. Maintaining a stated willingness to launch a nuclear war, on a "first use" basis, is logical. That's why The Wall Street Journal is so exercised about a possible change in our "first use" policy.
But here is another question:
What about a "no second use" policy?
If deterrence fails, and some other nation launches a nuclear attack on the United States, or on what military types keep calling our "coalition partners," would it ever make sense for the United States to strike back with nuclear weapons? Not really! If we grant the argument that "mutually assured deterrence" is a valid way to achieve a more peaceful world, but it turns out that the policy fails, and some nation does launch a nuclear attack, would it really make sense to fire off more nuclear weapons, in retaliation?
The "logic," such as it is, for maintaining a "first use" policy is to prevent any use of nuclear weapons, anywhere, anytime. If they are used, using more of them is contraindicated. A "second use" will just make everything worse.
Of course, if the logic of "no second use" were adopted as the official policy of the United States, then it could be seen that creating and maintaining nuclear weapons at all - by anyone, anywhere - actually makes no sense.
If we really did come to understand this, then maybe we could start decommissioning and eliminating the nuclear threat under which all human beings currently live. In the words of William Faulkner in his 1949 Nobel Prize Acceptance Speech:

Our tragedy today is a general and universal physical fear so long sustained by now that we can even bear it. There are no longer problems of the spirit. There is only the question: When will I be blown up?

How about never? That's what I am thinking. Would never work for you? 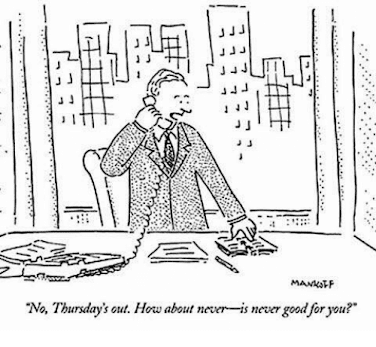