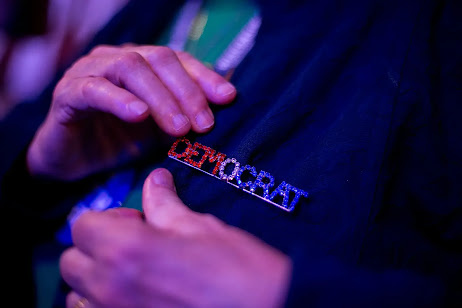 David Brooks, the New York Times columnist, titled his November 5, 2021, column, "Democrats Must Confront Their Privilege." Writing just days after the Democratic Party had experienced some high-profile political setbacks, most significantly by losing the Virginia governorship, it was Brooks' thought that the Democratic Party had become the party of the "cultural elite," as opposed to the party of "the underdog."
It seems to me that Brooks has put his finger on something important. Ever since the Democratic Party's failed presidential candidate Hillary Clinton called Trump supporters a "basket of deplorables" (that comment helping to fry her presidential prospects), an implicit claim by high-level Democratic Party leaders that Democrats are, morally speaking, somehow a "cut above" those who don't support them has haunted the party's political efforts.
For example, in a remark that seemed to harmonize with Clinton's holier-than-thou approach to those who differed with her political priorities, Virginia Governor Terry McAuliffe told parents who were concerned about what kind of subjects were being taught in Virginia schools that he didn't think "parents should be telling schools what they should teach.”
As someone with twenty-years of experience as an elected official, having been elected five times (at the local level, of course), it has been my observation that telling your constituents that you know more than they do is never a winning political strategy.
Brooks does suggest what he thinks would be a winning strategy for the Democrats. Here it is:

Democrats need a positive moral vision that would start by rejecting the idea that we are locked into incessant conflict along class, cultural, racial and ideological lines. It would reject all the appurtenances of the culture warrior pose — the us/them thinking, exaggerating the malevolence of the other half of the country, relying on crude essentialist stereotypes to categorize yourself and others.

It would instead offer a vision of unity, unity, unity. That unity is based on a recognition of the complex humanity of each person — that each person is in the act of creating a meaningful life. It would reject racism, the ultimate dehumanizing force, but also reject any act that seeks to control the marketplace of ideas or intimidate those with opposing views. It would reject ideas and movements that seek to reduce complex humans to their group identities. It would stand for racial, economic and ideological integration, and against separatism, criticizing, for example, the way conservatives are often shut out from elite cultural institutions (emphasis added).

As I say, I do think that Brooks is putting his finger on an important truth. Here's the way I most often put it: "We are all in this together."
That is true, you know. We are "in it together," and we are not just a bunch of individuals. Whatever your individual (or partisan) views might be, you and I all in the same "basket." If you don't want to think "baskets," think "frogs in a pot." We are all going to be cooked unless we can get it together and figure out, collectively, how to move on to better arrangements. It is about time that we started acknowledging that, too, Democrats and Republicans alike.
If you are the kind of person who might give some credence to one of our revered founding fathers, then listen to the message the way Ben Franklin put it: