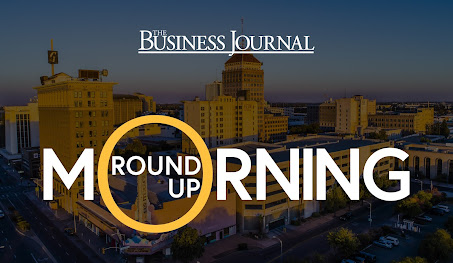 Do we all remember, "It's morning, again, in America?" Probably not everybody does. Younger people, in particular, may be completely unaware of the incredibly effective political advertisement, using this phrase, that helped President Ronald Reagan gain reelection in 1984.
Click this link to watch that ad. You can click this link if you'd like to read something about the ad - and you can also repair to Wikipedia for even more discussion. Suffice it to say that this "It's Morning In America" advertisement was part of a transformative reframing of our politics that did a great deal to justify the massive policy shifts that began during the Reagan presidency and that have led to our social/political/economic situation today. I am not sure whether it is ironic, or just horribly appropriate, that this Reagan campaign ad was screened in 1984. I figure more people know about George Orwell's great novel of that title than now recall the Reagan ad.
At any rate, I don't think that the name that the Business Journal has given its daily review of the news ("The Morning Roundup" - the masthead is visible above) is completely unrelated to the success of the Reagan advertisement. "Morning" is such a hopeful time. It's such a hopeful word. Those associated with all things "morning" get the benefit of good feelings that are founded deep in our consciousness, associated with with ideas about hope and expectation.
Recently, as I read the Business Journal's "Morning Roundup," as I frequently do, the word "Morning" was transmogrified in my mind. "Morning" came out "Mourning," the way I have written it in the title of today's blog posting.
We have so many things to mourn. The cartoon, below, which I came upon at pretty much the same time I read that "Morning Roundup," conveys a deep sense of the mourning that I feel, and that I believe many others do, too, as we think about how we are conducting ourselves - as we sense that we are moving, though hopefully not "inexorably," towards the end of human civilization.

Luckily, I found a way to fight off that "mourning" feeling, even as I discovered it affecting me, by way of an essay by Samantha Hill, published in Aeon. In her article, "When hope is a hindrance," Hill comments on Hannah Arendt, and observes that Arendt thought that "hope" was not the proper way to react to the mournful fact that one's life (or one's world) is in danger.
NOT hope, says Arendt (says Hill). It is action, not hope, that eliminates the cause to mourn.
My reaction to what Hill is urging upon us is well expressed by that phrase that political candidates are required to say at the end of every one of their campaign ads: "I approve this message."
__________________________________________________
Image Credits:
(1) - https://mailchi.mp/82b3172f8ca0/morning-roundup?e=1acba78370
(2) - https://i0.wp.com/www.dailycartoonist.com/wp-content/uploads/2021/10/wu211002.png
To Subscribe Just Click This Link