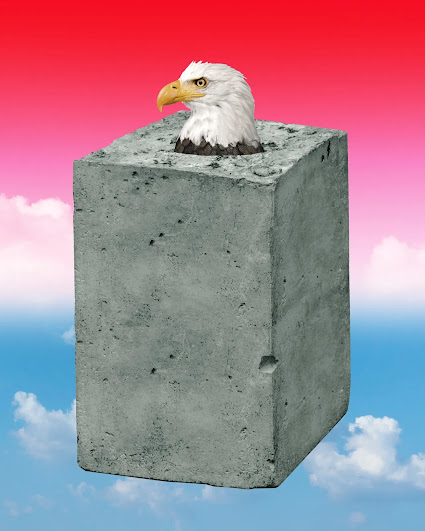 On July 4, 2021, as a kind of Fourth of July meditation on the state of our nation, The New York Times ran a series of separate but related articles in its editorial section, raising provocative questions. Three articles were laid out as a unified presentation on the inside of a double-page spread.
One article in that inside spread, by Daniel Immerwahr, was titled, "The Death of America's Political Imagination." A second article, by Jonathan Holloway, was titled, "Enlist the Young!" Finally, Astra Taylor authored an article titled, "Abolish Debt!" These are the headlines used in the hard-copy edition; online versions will probably differ.
In a way, the headline I liked best was found on an introductory article, not located on the double-page spread. It was authored by Ezekiel Kweku, who is The Times' Opinion politics editor. Kweku's article has the following title, in the online version: "Snap Out of It, America!"
Holloway, who is the President of Rutgers University, was arguing for the establishment of a new national service system. Taylor, a filmmaker, activist, and writer, argued for a modern "Jubilee," with the forgiveness of all student loans, medical debt, utility bills, criminal justice fines and fees, and municipal debts. Immerwahr - who got his Ph.D. at Berkeley and is now a history professor at Northwestern - provided overarching encouragement to these and other "utopian" suggestions.
As I have mentioned in earlier blog postings, I more or less "majored in utopia" during my undergraduate college years. That "utopian predisposition" has stuck with me, too. Last August, in a posting titled, "Past Imperfect," I pointed out that it is a fallacy to think that the past determines the future, or that who we are now, or who we have been, sets any definitive limit on who we will be, or on what we will do in the future. That posting, of course,  was not the only such expression of my views. I said the same thing in September, too, in a posting titled, "Which Way To Uptopia?"
Immerwahr's headline gets it right. Our national political imagination is in crisis. Kweku is right, too, when he says, "Snap Out of It!"
You don't have to have majored in utopia to understand the profound truth of John Lennon's lyrics:
Imagine
Imagine there's no heaven
It's easy if you try
No hell below us
Above us, only sky
Imagine all the people
Livin' for today
Ah
Imagine there's no countries
It isn't hard to do
Nothing to kill or die for
And no religion, too
Imagine all the people
Livin' life in peace
You
You may say I'm a dreamer
But I'm not the only one
I hope someday you'll join us
And the world will be as one
Imagine no possessions
I wonder if you can
No need for greed or hunger
A brotherhood of man
Imagine all the people
Sharing all the world
You
You may say I'm a dreamer
But I'm not the only one
I hope someday you'll join us
And the world will live as one
Image Credit:
https://www.nytimes.com/2021/07/02/opinion/america-july-4-ideas.html