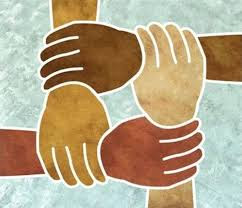 Ross Douthat, who writes a column for The New York Times, has been worrying about "The Excesses of Antiracist Education." It seems like a lot of people are doing that, these days, and the readings I have been doing do not convince me that this is an easy topic to address.
Douthat's column on July 4, 2021, begins this way:

In my last column I tried to describe part of the current controversy over race and K-12 education — the part that turns on whether it’s possible to tell a fuller historical story about slavery and segregation while also retaining a broadly patriotic understanding of America’s founding and development.

I do think that Douthat has hit on a real problem. While it would be nice to present our national history as a "broadly patriotic" story, any genuine respect for the truth makes that pretty difficult. Critical Race Theory (CRT) wants to insist that we confront a history that diverges widely from our upbeat, conventional narrative - the one that starts with The Declaration of Independence and then casts the entirety of our history as a progressively successful effort to live up to what that document proclaimed.
One thing that might help is to keep the "is fallacy" at the forefront of our thinking. The "is fallacy" takes as a given that whatever is true is inevitable. Thus, if we say that the United States is "racist," that means that the United States is now and always will be "racist." That's the essence of America. Existence and essence are the same. If something is true, it's true forever.
Let's remember that it is an error to think that what exists now, or what has long existed, historically, is inevitably a statement of what will and must exist in the future. We tend to use a grammar that is based on this idea - fallacious though it is: "My sister is shy. Your father is fat." Whatever "is" statement we make, even assuming that the statement is accurate at the time we make it (and not all statements are, of course), a true statement about a current reality (or about a past reality) does not indicate that the future must be the same as the past. Things can change (and can be changed). And we can, too.
As a nation, we definitely have an imperfect past - with our imperfections continuing right into the current moment. Statements about the enduring racism that has characterized so much of our history are accurate. We need to acknowledge and own those statements. We need to confront the truth.
Past and present, however, do not delimit our future. Who we "are" depends on what we "do" - and what we will do now is the most important thing of all.
Speaking to that truth, in a lot of ways, is what I'd call "broadly patriotic."
Image Credit:
https://ccrcbc.com/anti-racist/