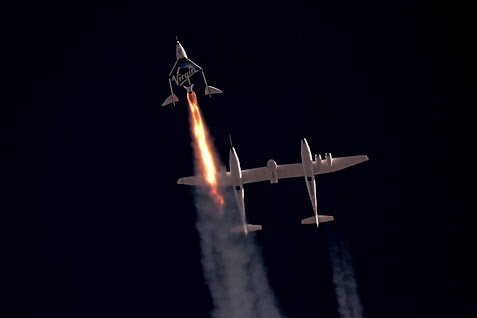 Now that the billionaires Richard Branson and Jeff Bezos have both traveled to space (and have successfully returned), space has become the "New Realm of Commerce." That is according to The New York Times. In fact, in a July 22, 2021, story, The Times says that these recent space jaunts have resulted in the "Amazonification of Space."

With the suborbital flights made by Jeff Bezos and Richard Branson this month, the privatization of the space industry has crossed the point of no return.

The Times' story does not neglect to mention Elon Musk, that other billionaire who has his own space company. "Big billionaires take over space." That's really the theme of what The Times is saying. Has the "privatization" of the space industry really passed the "point of no return?"
Actually, of course, not. If there is one place in the universe where the concept of "private property" must have no applicability, that would have to be in "space." Is there any reason that the inhabitants of Planet Earth have to allow a set of self-aggrandizing billionaires to claim the right to turn space into the location of their private amusement park ride business, with "space tourism," available only to the massively wealthy?
Actually, of course, not!
As is noted in a separate article in the July 22, 2021, edition of The Times, "Space Tourism Could Do Harm." In fact, burning the fuel necessary to launch wealthy tourists into space is one more way to perpetuate global warming and to promote the climate and extinction disaster that we are confronting on a daily basis. See my earlier blog posting on "Too Much And Not Enough" if you are not clear on the concept.
The United Nations, acting through UNESCO, declares "World Heritage Sites." Isn't our Planet itself a World Heritage Site? Isn't it, in fact, THE World Heritage Site, and doesn't our human heritage include, necessarily, the space that surrounds our planet, that sets it off, that makes our Planet Earth a jewel in the crown of the universe?
Our government, other governments, and the United Nations, speaking on behalf of the people of Planet Earth (not just the billionaires), need to deny the idea that it would ever be possible to "privatize" space. There is still time to do that. We are never "past the point of no return," no matter what the topic, because we can always change what we are doing now. Now, though, would be the time to make clear to whom our Planet, and the space surrounding it, belongs. It belongs to us all: 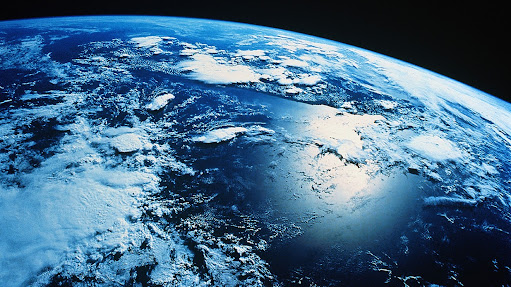