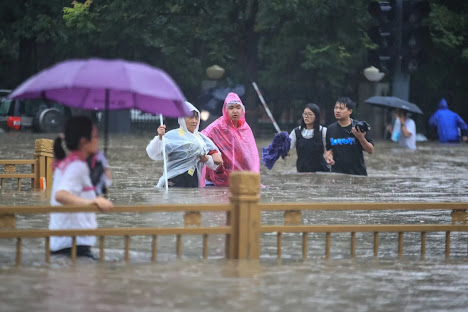 Too much and not enough? I am talking about water. California is facing a megadrought. Here is a picture of Oroville Lake, one of the state's major reservoirs, which provides water for Central Valley agriculture and municipal and industrial uses in Southern California: 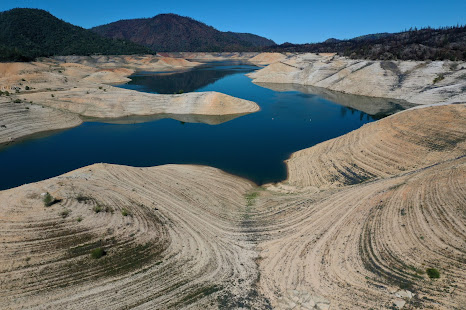 In Iran, too, as in California, drought conditions are extreme, and massive protests have thousands on the street, chanting, "We are thirsty!" 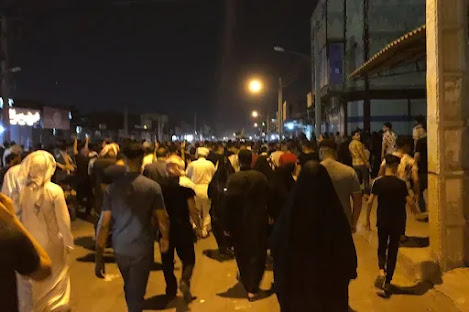 Meantime, in China, as illustrated in the picture at the top of this blog posting, extreme flooding conditions have occurred, killing many.
In Zhengzhou, a city of five million in central China, people drowned in flooded subway cars, overtaken, with virtually no warning, by waters that poured into the underground subways, filling packed subway cars in a matter of minutes, passengers struggling to keep their faces above the waterline, as the waters rose.
Germany, too, has just experienced unprecedented flooding, with probably hundreds of deaths as a result: 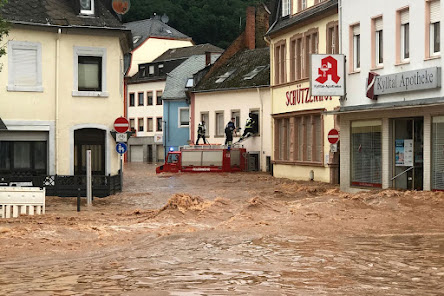 News stories about flooding in China, and drought in Iran, appeared, separately, in the same edition of The New York Times, on Thursday, July 22, 2021.
It is important to recognize, I think, that the "drought" stories and the "flooding" stories, covered as individual incidents in our news media, are really the same story. Extraordinary departures from the expected are now occurring, consistently, around the world. Massive wildfires, from the Amazon to California, are part of that same story, too: 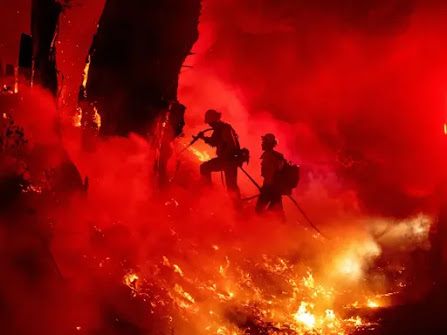 For thousands of years, humans have built their civilization within the Natural World, assuming that the World of Nature is relatively constant, and consistent, and that we can safely rely upon it as we make judgments about where to build cities, where to plant crops, and how to appropriate the works of Nature for our own purposes.
That expectation (upon which we have built our entire human civilization) is no longer valid, and it is no longer valid because we have not respected the "laws of Nature," and lived within natural limits, but have taken Nature for granted, and have assumed that we could do anything we wanted, anywhere we wanted to.
We made a mistake, and the only question now is whether we can quickly reverse our commitment to hydrocarbon combustion - and aim to eliminate it completely - or whether we will go on experiencing separate disasters, every year more damaging, every new disaster location a big surprise, and fail to see that all these disasters are part of one story, and that we are driving the narrative by our continuing (still increasing) commitment to the combustion of hydrocarbon fuels.
Image Credits:
(1) - https://www.nytimes.com/2021/07/20/world/asia/china-flooding-zhengzhou-subway.html
(2) - https://grist.org/climate/two-thirds-of-californias-counties-are-now-in-a-drought-emergency-get-used-to-it/
(3) - https://www.nytimes.com/2021/07/21/world/middleeast/iran-protests-drought-violence.html
(4) - https://www.wsj.com/articles/dozens-missing-20-dead-in-heavy-flooding-across-europe-11626346135
(5) - https://www.independent.co.uk/climate-change/news/california-wildfires-2021-global-warming-b1874569.html