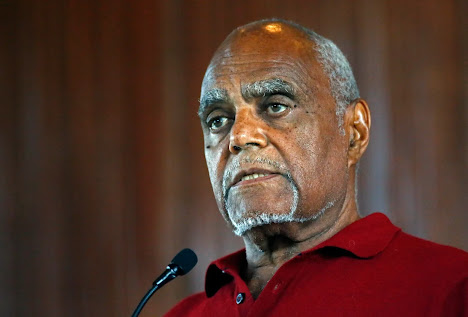 Robert Moses, described by The New York Times as a "quiet and relentless crusader for civil rights and education," died on Sunday, July 25, 2021. He was 86 years old. The New Yorker identified Moses as "one of the most important figures in the civil-rights movement during its peak period, in the middle years of the nineteen-sixties." The New Yorker article further made clear, however, that Moses was not "a stentorian, march-leading type." In fact, said The New Yorker, "he had a kind of reverse charisma. He came across as not just quiet but almost painfully shy."
I never knew Bob Moses (he was most usually called "Bob"), but his words and witness profoundly affected me, in just the way the words and witness of Martin Luther King, Jr. did. During the mid-1960s, Moses played a key role in the Student Nonviolent Coordinating Committee, or SNCC, a group that inspired me, and many of my friends. He helped start the 1964 "Mississippi Freedom Summer Project," recruiting college students from the North to join Black Mississippians in a voter registration campaign across the state. Some of my friends went. It was a life-risking commitment. I always felt that I should have been there.
The Times' obituary hailed Moses for always "remaining calm in the face of brutality." He was repeatedly jailed; he was physically attacked and shot at. This brief blog posting is intended as a salute to Bob Moses. It is an expression of my great thanks to him for the courage he demonstrated, always, in one of the most meaningful struggles that has taken place in this country, during my lifetime.
The following obituaries, along with The New Yorker story, will give those who don't know much, or anything, about Bob Moses the chance to learn something, or something more, of a great American hero:

The picture below, from the papers of historian Howard Zinn, shows Moses as he was in 1964, in the typical bib overalls that he then wore: 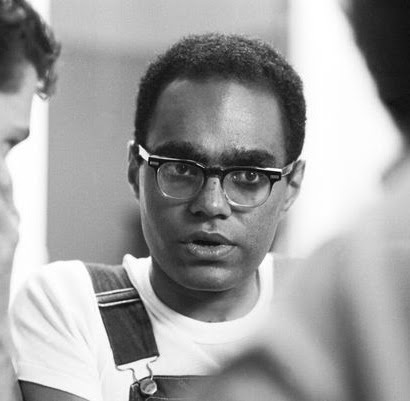