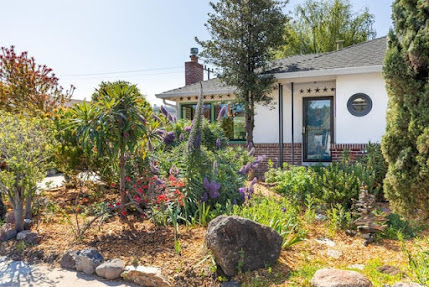 The heartfelt appeal, below, comes from a posting on the web-based application Nextdoor:

Hello Neighbors, I have a question. What is driving up home prices in Santa Cruz? What is driving prices up 30%-50% over the past two to three years? Who is buying these homes? ... I keep a close eye on houses and have a great real estate agent, but now that I am in a position to buy a house the prices keep going up with multiple offers over the asking price and I wonder how anyone from Santa Cruz County can keep up. A standard raise at work is between 5%-and 8% each year - nowhere near the increase in home prices. Several houses on Zillow on the market now are priced above 50% of what they sold for a few years ago. Congratulations to all the people who bought homes and are making a 50% profit in such a short period of time, that is great for you. And I don't blame anyone for taking the advantage of increased demand and making such a handsome profit on their investment. My rent is more than many mortgages (over $5K a month) and I am grateful I can afford this but am losing hope that I'll be able to buy a house in my hometown. My young adult daughters were born and raised here and I always thought Santa Cruz would be our home, that I would have a home base for them to return to. I would like to know though, where sellers are going and who is able to afford to pay $1,500,000 for a modest home? Thank you for your answers and insights.

Over a hundred comments were promptly posted in response. They included the following:
My sense is that all of these responses are right on target. The common element is that in a "market economy," which is where we live, those who can pay more than others get the goods that are available. Those who can't pay more don't get the goods! With few exceptions, Santa Cruz residents trying to buy a home in Santa Cruz are simply unable to outbid those from the Silicon Valley (and elsewhere) whose incomes are vastly greater than the incomes of Santa Cruz workers. A working family relying upon a Santa Cruz income will almost inevitably be unable to purchase a home here. They will simply be outbid. This is what gave rise to the heartfelt appeal I have reprinted from Nextdoor.
Is there anything to be done?
As many, if not most of us, have noticed, our economy does not distribute its economic benefits anywhere near equally. Though we are definitely "all in this together" where our economic system is concerned, a very small percentage of the population gets almost all of the money that the economy produces. Others get hardly anything. Since we do live in a market economy, it's natural that those with more money get to buy what they want, while others are not able to buy even what they need. The only real solution to this problem is to change the massive income inequality that makes it impossible for ordinary working families to buy a home. I support national legislation to accomplish just that. That's what it will take.
Unfortunately, the Santa Cruz City Council is trying to solve the problem by placing faith in what is often called the "law of supply and demand." That is another "market solution." If we just build a lot more new housing, the Council reasons, there will be more supply, and surely that will bring the price down. The census bureau tells us, however, that Santa Cruz County has a total population of about 273,000, and that the median income of Santa Cruz County residents is about $82,000 per year. Given this, there is simply no way to provide a supply of housing that could let Santa Cruz County residents, with their rather modest incomes, outbid the 7,000,000+ residents of the Silicon Valley and the San Francisco Bay Area, many of whom have incomes far greater than $82,000 per year.
In fact, trying to lower prices by letting the developers build more (and the State Legislature, like the City Council, is trying to advance this agenda) does not mean appreciably more affordable housing for local residents. Instead, it means more local impacts on water, traffic, parking, and public services, more local costs for taxpayers to absorb, and more existing neighborhoods made less congenial. And the kicker is that these new developments quite often demolish existing, modest single family homes, to make way for housing that will be sold to non-Santa Cruz residents, those from the Silicon Valley (and elsewhere) whose incomes let them outbid working families with Santa Cruz level incomes.
When I think of the massive challenges that we must face and overcome, global warming always comes to my mind first. I next think of the massive wealth and income inequality that is undermining national unity, and that is destroying our local communities from within.
Including my own local community.
The heartfelt appeal from Nextdoor is a cry of anguish. We need to make that cry of anguish resound from the lowest to the highest levels of our politics and government, and we need to deal with the wealth and income inequalities that are not only driving Americans apart, but that are helping to destroy our local communities.  As with global warming, the extent of the changes we must make are daunting.
But that is what we need to do!
And in the meantime, let's stop destroying our neighborhoods in the false hope that "market solutions" for our affordable housing crisis will work. For-profit developers are the problem, not the solution. When developers want approval for a new development, here's what I think the rule should be. For nonprofit developers planning to produce new housing units - housing that will be permanently price-restricted, and that can be rented or purchased by local residents who have local incomes - I think the answer should probably be "yes." Build it.
When for-profit developers ask for approval, urging on their mega-projects, designed for the market economy (the economy in which those with the most money will get the goods) I think the answer should probably be "no."
Image Credit:
https://www.mysantacruzrealestate.com/mls-santa-cruz-ppc/900000-1000000/