#148 / Persuading The Body To Regenerate 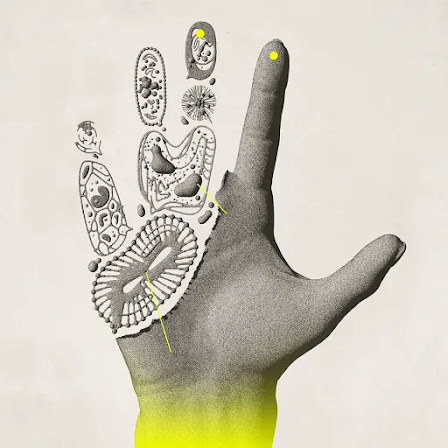 When I saw a New Yorker article titled, "Persuading the Body to Regenerate Its Limbs," I immediately thought about "the "body politic."
As I have revealed in an earlier blog posting, I often find myself "thinking about the government," and "government" is pretty much what that expression, "the body politic," means to me.
Of course, I am a sucker for metaphor and analogy, but I guess I am not alone. As it describes the origin of this "body politic" idea, Wikipedia tells us that analogies have routinely been drawn between the supposed causes of bodily disease and disorder and their equivalents in the political field, "viewed as plagues or infections that might be remedied with purges and nostrums."
Well, instead of "purges and nostrums," pursuing the possibility of an analogy, what about the complete regeneration and revitalization of the impaired branches of our weakened republic, our ailing "body politic?" Let's get up to date! Since modern science, as The New Yorker reports, is developing potential new techniques for ensuring bodily health, perhaps we should be looking for helpful analogies that we might be able to apply to our contemporary politics and government.
I do recommend The New Yorker article on its own terms. Written by Matthew Hutson, the article describes the work of biologist Michael Levin, and it is a fascinating story. Levin, who maintains a laboratory at Tufts University, has been able to use electric stimuli to direct cellular growth, allowing for the replacement of severed limbs, and (in a more bizarre experiment) to induce frogs to grow eyes on their stomachs. That last experiment should probably be "cautionary" with respect to any effort to move from the world of biology to the world of politics and government, using techniques analogous to the ones that Levin is researching; nonetheless, there might be some analogies that could work, and that would not result in political monstrosities!
Here is a relatively brief excerpt from Hutson's article:

Our intuitions tell us that it would be bad to be a machine, or a group of machines, but Levin’s work suggests precisely this reality. In his world, we’re robots all the way down. A bioelectrical signal may be able to conjure an eye out of a stomach, but eye-making instructions are contained neither in the cells’ genome nor in the signal. Instead, both collectively and individually, the cells exercise a degree of independence during the construction process.

The philosopher Daniel Dennett, who is Levin’s colleague at Tufts, has long argued that we shouldn’t distinguish too sharply between the sovereign, self-determining mind and the brute body. When we spoke, Dennett, who has become one of Levin’s collaborators, was in bed at a Maine hospital, where he was recovering from hip surgery. “I find it very comforting to reflect on the fact that billions of little agents are working 24/7 to restore my muscles, heal my wounds, strengthen my legs,” he said.

In our discussion of Levin’s work, Dennett asked me to imagine playing chess against a computer. He told me that there were a few ways I could look at my opponent. I could regard it as a metal box filled with circuits; I could see it as a piece of software, and inspect its code; and I could relate to it as a player, analyzing its moves. In reality, of course, a chess computer offers more than three levels of explanation. The body allows more still: genetics, biophysics, biochemistry, bioelectricity, biomechanics, anatomy, psychology, and finer gradations in between, all these levels acting together, each playing an integral role. Levin doesn’t claim to understand the entire system, nor does he maintain that bioelectricity is the only important level. It’s just one where he’s found some leverage. He likens revising an organism’s body through bioelectric stimulation to launching software applications. “When you want to switch from Photoshop to Microsoft Word, you don’t get out your soldering iron,” he said.

In modifying the body, Levin is more whisperer than micromanager; he makes suggestions, then lets the cells talk among themselves. “Michael has these brilliant examples of how individual cells communicate with each other,” Dennett said. But the reverse is also true: when communication breaks down, cells can go haywire. Consider cancer, Levin said. It can be created by genetic damage, but also by disruptions in bioelectric voltage. In an experiment reported in 2016, Levin’s team injected cancer-causing mRNA into frog embryos, and found that injected areas first lost their electrical polarity, then developed tumor-like growths. When the researchers counteracted the depolarization, some of the tumors disappeared. In Levin’s terms, the cancer cells had lost the thread of the wider conversation, and begun to reproduce aimlessly, without cooperating with their neighbors. Once communications had been restored, they were able to make good decisions again (emphasis added).

As I say, I am pretty much a sucker for metaphor and analogy, and this excerpt suggests - by way of analogy - that a healthy body politic depends on individual cells (that's us, folks) and that where we go wrong is losing the ability to converse. Damage occurs when we "lose the thread of a wider conversation." When communication is restored, the body returns to its healthy state, and can even regenerate and recapture what seems to have been totally lost.
At least by way of analogy, that is a pretty hopeful message. Now, all we need is the right kind of "electric jolt," to start the process going!
Image Credit:
https://www.newyorker.com/magazine/2021/05/10/persuading-the-body-to-regenerate-its-limbs