#143 / Thinking About The Government 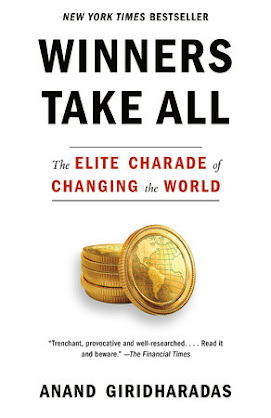 Maybe it all started for me back in 1965, when I first heard Bob Dylan's "Subterranean Homesick Blues." That song is the first track on Dylan's album, Bringing It All Back Home.
Rolling Stone magazine said that Bringing It All Back Home "stunned the world." I guess that getting stunned (as opposed to getting stoned, which I didn't do) might have been part of what caused my preoccupation with government.
1965 was the year I graduated from college (or should have graduated, anyway), and the third and fourth lines of Dylan's first verse of "Subterranean Homesick Blues" definitely described where I was, and where my attention was directed:

The founding parents of [neoliberalism] were political figures on the right such as Ronald Reagan and Margaret Thatcher, who rose to power by besmirching the role of government. Reagan declared that "government is not the solution to our problem; government is the problem." Two centuries earlier, the founding fathers of this country had created a constitutional government in order to "form a more perfect Union, establish Justice, insure domestic Tranquility, provide for the common defense, promote the general Welfare, and secure the Blessings of Liberty to ourselves and our Posterity." Now the instrument they had created, an instrument that had helped to make the United States one of the most successful societies in history, was declared the enemy of these things [page 19].

The main thrust of Winners Take All is that our repudiation of government as a route to necessary social, political, and economic change is still continuing. Forty years after Ronald Reagan assumed the presidency, and made his pronouncement that government is the problem, Giridharadas tells us that we must confront the question "whether the reform of our common life is led by governments elected by and accountable to the people, or rather by wealthy elites claiming to know our best interests [page 10]."
I am pretty clear in my mind that we should be following the lead of the Founding Fathers, not Ronald Reagan and the economic elites. We should reject the radical reconfiguration of our history that suggests that "government is the problem." That said, I think we make a mistake if we act as if "the government" is some entity or reality that exists independently of "We the people."
In a democracy, we are the government. We should not be waiting for wealthy elites, or "the government" to solve our problems for us. We need to engage with each other and solve those problems by ourselves, by making our own decisions and taking action together. Doing that - engaging in that process of mutual decision making and action - is what we call "government," and we shouldn't bestow that name on some institution that appears to confront us as a separate entity, from without.
Most of us, however, do act like "the government" is an entity that exists independently of the people. That's a mistake! As President Biden said in his recent address to a joint session of Congress:

That's what I think, too.
When we're talking about government, let's drop that "the!"
Image Credit:
https://www.penguinrandomhouse.com/books/539747/winners-take-all-by-anand-giridharadas/