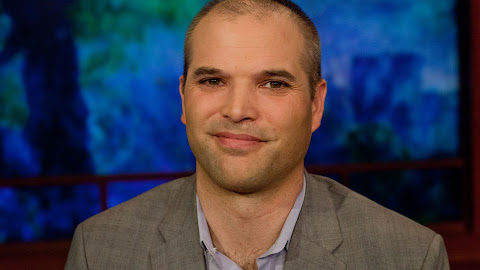 In yesterday's blog posting, I discussed what I thought was a helpful perspective on practical politics from conservative commentator Bret Stephens. Stephens used one of his columns to discuss the fact that it is tempting to try to advance one's political objectives by portraying opponents, and those with whom you disagree, in the worst light possible, at all times, and with no concessions ever being made, and with the details distorted, as necessary, to make the opponent look as bad as he or she can possibly be made to look.
It was Stephens' argument that this is how the "mainstream media" operate, in their effort to undermine and depreciate conservative politicians. I, personally, think the conduct objected to comes from both the liberal and the conservative side, but Stephens' point was that the technique has a tendency to backfire, and to wind up having the opposite effect from that desired. I tend to agree. In fact, I have made the point more generally, highlighting the value of a good "concession" to help one win an argument.
Today, I am providing a quick little follow-up to Stephens' attack on the "mainstream media" by talking about another "mainstream media" problem. This is a different problem, but somewhat related. This complaint about the media is coming from a more liberal part of the political spectrum.
Matt Taibbi (pictured above) and Glenn Greenwald have been making the point, during the last couple of years, that the "mainstream media," and some other parts of the media world, are now regularly treating figures whom they dislike, and who are accused of wrongdoing, as "guilty" before any actual proof has been adduced. Surely, we must think, this would be wrong! Yet, Taibbi is pretty convincing that it is now happening all the time, and I think his cautionary words are worth taking seriously.
Here is a link to one of Taibbi's recent postings in his Substack newsletter, TK News, "Due Process Is Good, He Said Controversially." He provides a number of examples of what he is talking about:

One of the first things that caused Greenwald to run afoul of conventional wisdom was the observation with regard to Special Counsel Robert Mueller's Russia investigation that indictments are not proof. He was slammed, but what do you know, the government ended up dropping at least one of the cases Mueller filed against a Russian defendant, once the issue of having to publicly disclose evidence was raised. This was after the defendant called the government’s bluff and showed up in court — demonstrating, prosecutors later said bitterly, the defense’s “intent to reap the benefits of the Court’s jurisdiction.”

That argument — that the defendant’s intent to actually exercise legal rights shows guilt in itself — is the kind of thing liberals used to decry all the time, coming from “tough on crime” Republicans. Opinions like that occur when you’ve fallen too far into the habit of judging people rather than evidence. Suddenly process becomes a canard, and you even get lawyers saying that hiring a lawyer is evidence of guilt....

Whether it was unconcern with attorney-client privilege after the raid of Michael Cohen’s office, disinterest in the implications of the case of despised Julian Assange, or the embrace of concepts like “not exonerated” (the opposite of presumed innocence), people who probably once described themselves as progressives seem to have lost touch with core ideas in recent years.

That doesn’t mean running around proclaiming that O.J. didn’t do it or that such-and-such a politician isn’t an awful person who should probably be voted out of office. It doesn’t mean you can’t say something like, “Matt Gaetz should probably be jailed for his haircut alone.” It does mean distinctions exist and it’s good to know what you’re dealing with before strapping people in the dunking chair. This is particularly true in accusations of sex crime, where the public can quickly lose interest in rights, something organizations like the ACLU used to understand after watching debacles like the Wee Care and McMartin preschool cases.

Taibbi has other examples, and his presentation is worth reading in its entirety.
I believe that the polarization of our politics has increasingly led to a tendency for all of us to "assume the worst" about those with whom we differ, and that this is true for everyone, from whichever side of the political spectrum they hail. Assuming a political opponent is guilty of a crime because we know that he or she is "bad" can, indeed, undermine due process. Furthermore, to reiterate the point made by Stephens, unfair presumptions about those on the other side of a political division make it virtually impossible to have the kind of political discussions that we need to have, if we are to get out of the dilemma in which we find ourselves.
What dilemma am I talking about? You might ask that. Pick one!
Whether it is the existential threat of global warming, or the need to enact and implement a fair and just immigration system, or the need to redress our nation's long history of racial discrimination and inequity, or the need to eliminate the rampant pollution and environmental degradation that is a threat to our civilization and life on this planet, or the requirement that we find a way to eliminate the massive income inequality within our society, or the threat of nuclear war.... Whatever it is: pick one! We have plenty of problems.
And the truth about every one of these dilemmas and problems is this: we are in this together.
What Stephens and Taibbi are really pointing out is that we are ever more frequently celebrating the worst in those with whom we disagree, particularly when we proclaim the "worst" before the facts are truly in, or when we distort and exaggerate the facts to make the "worst" seem as horrible as possible, with no concession ever granted.
Focusing on the "worst" in those with whom we must collaborate, if we hope to have a chance to meet the challenges before us, is to doom ourselves to defeat.
Image Credit:
https://billmoyers.com/guest/matt-taibbi/