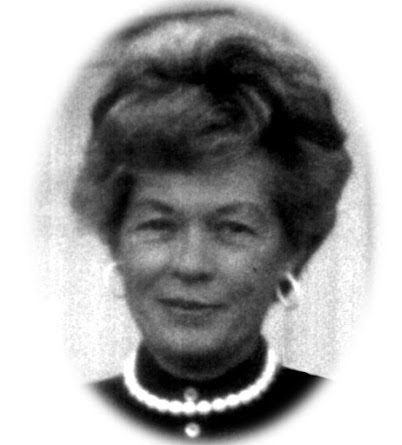 My father, Philips B. Patton, was a pretty smart guy. For instance, he definitely gave me good advice about money management.
My mother, Alma B. Patton, pictured above, was just as smart. I was reminded of that, recently, when I got a mailing from the War Resisters League, enclosing the latest edition of its famous pie chart, depicting "Where Your Income Tax Money Really Goes." This is a "money management" issue, too. 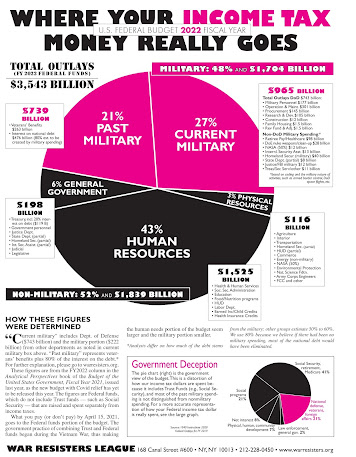 In fact, as critics tell us, the United States has a huge military establishment which is engaged in military activities all over the world. Surely, a large percentage of our expenditures and our activities are not "true defense," except on the concept that "the best defense is a good offense." I would like to suggest that this is not really an appropriate way to think about how we can best "defend" our country.
Suppose we started taking that name, "Defense Department," more seriously, and we started demanding that expenditures for "defense" were demonstrably aimed at "defending" our country, not projecting our military power into all parts of the world? That could free up a lot of dollars for doing things that would actually strengthen the fabric of our society. We could even reduce some taxes, too, I bet.
President Biden is ending the "forever war in Afghanistan." Might that not be best understood as the very first step (and actually a rather small step) towards what I am calling "true defense?" I think this is worth thinking about.
I think my mother would agree, too! 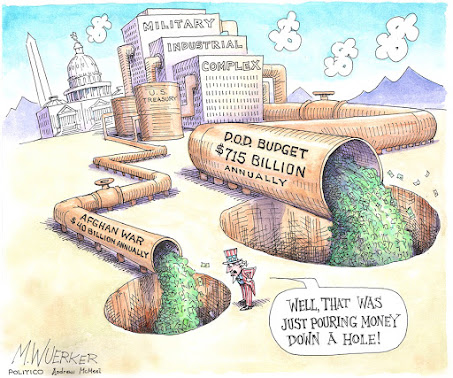