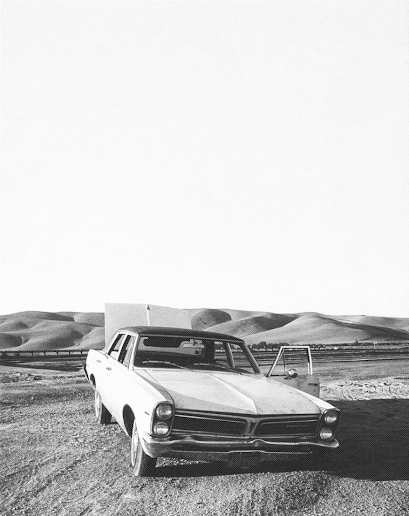 According to the Library of Congress, there seems to be some validity to the following adage:

As I promised I would, in an earlier blog posting, I have now read Elizabeth Kolbert's latest book, Under a White Sky: The Nature of the Future, and I have been wondering what such a "white sky" might portend - whether in the morning, in the evening, or at any other time.
Kolbert, as probably most of those reading this blog posting know, is the author of The Sixth Extinction, which won the Pulitzer Prize. The Sixth Extinction documents the impacts that human-caused global warming, and other human activities, are having on the natural world. The natural world, of course - "The World of Nature," as I call it, or "The World That God Made" - is the world upon which all life on this planet (including our own individual and collective lives) ultimately depends. Kolbert's latest book, Under a White Sky, is her follow-up to The Sixth Extinction.
When I wrote my earlier blog posting, based on a review of Under a White Sky, and not upon my reading of the book itself, I indicated a concern about what I thought Kolbert might be saying:

Macdonald's review seems to indicate that ... Kolbert's latest book takes the position that we cannot "meaningfully distinguish between nature and humanity." If this is a correct understanding of Kolbert's thinking, that means that Kolbert has rejected a main feature of my "Two Worlds Hypothesis," which holds that we need to conform our Human World to the laws that govern the World of Nature. The implication is that it is now time for human beings to "grow up," and to assume full responsibility for running the Natural World, just as we have full responsibility for what happens in our Human World....

Since I haven't yet read Under A White Sky (it's now on my list), I don't know whether Macdonald is right about Kolbert's thinking, or whether I am misconstruing what Macdonald is saying. The review is somewhat equivocal, and Macdonald does complain, a little bit, about how difficult it is to understand what Kolbert actually thinks. I hope that Kolbert is not, in fact, thinking what Macdonald seems to suggest she is thinking....

Should human beings decide that they really want to try to "run the world" in its entirety, meaning that they will take responsibility for both the Natural World and our Human World, thus displacing the role that "Mother Nature" or "God" has always played with respect to the Natural World, I am afraid that it will soon be "Game Over" for almost all humans on the planet (emphasis added).

Since my earlier blog posting, from which that excerpt came, I have now read the entirety of Under a White Sky. I have also had an opportunity to read a little description of another book, Andreas Malm's Fossil Capital: The Rise of Steam Power and the Root of Global Warming, which I think is related to my inquiry about what a "White Sky" portends for our Human World:

Here, in one book [Malm's book], is "how we got into this mess," as so many these days put it. From preindustrial times to China, Malm (in 400 pages, + 60 more of notes) exhaustively covers the transition from "the flow" (water power, wind power, and other forms of energy, like sheer muscle power, directly or less directly derived from the sun) to "the stock" - "relics of solar energy of the very distant past."

In a nutshell, as Malm sees it, manufacturers turned to "the stock" not because "the flow" was insufficient, and not because coal for steam engines was cheaper, but because they needed mobile forms of energy - energy in no way bounded by space, time, or the constraints of nature itself - so they could more efficiently (cheaply) control/extract/exploit the labor that produced the surplus value that made capital self-sustaining and self-aggrandizing. "Capitalism delivered the fossil economy," in Malm's words...not the other way around (emphasis added).

Malm's comments essentially reinforce my own way of thinking about the cause of our environmental and climate crisis. Human beings are the problem when they succumb to the ever-present temptation to act as if the constraints of the natural world (the world of "flow," in Malm's terms) do not apply to them. This is a big mistake, and perhaps "the" big mistake, if you take seriously the implications of my "Two World Hypothesis."
We can blame "capitalism," as Malm, does, but the more general statement actually holds true. Our Human World in general, however the economics are organized, whether under the dominion of capitalism or not, is largely based on the principle that we, as humans, will not be constrained by the limitations of the Natural World. The world as it "flows" in patterns established by the natural processes of life and death, birth and rebirth, is bypassed, as much as possible. Humans are always tempted to put themselves in charge, and to act as though our accomplishments can themselves create a world that will sustain our lives.
What does Elizabeth Kolbert think?
Well, Kolbert really doesn't take a position in Under a White Sky. Her book is "descriptive," not "prescriptive." Kolbert is acting as a reporter, and is telling her readers about various current efforts to deal with our global warming and environmental crisis by helping Nature to recover from the injuries that have been inflicted upon the Natural World by the past and continuing actions of human beings:

This has been a book [says Kolbert] about people trying to solve problems created by people trying to solve problems. In the course of reporting it, I spoke to engineers and genetic engineers, biologists and microbiologists, atmospheric scientists and atmospheric entrepreneurs. Without exception, they were enthusiastic about their work. But, as a rule, this enthusiasm, was tempered by doubt."

The "white sky" of Kolbert's title refers to the way the sky would appear to us were humans to deploy the kind of "geoengineering" that Kolbert explores as her final example of "people trying to solve problems...." Humans have created our global warming crisis by burning fossil fuels. One way to try to solve the problem (besides stopping the use of hydrocarbon fuels, which at this point might not be enough) is to place aerosols in the upper atmosphere, reflecting back sunlight and diming the sun. Kolbert quotes Andy Parker, the project director for the Solar Radiation Management Governance Initiative, which is working to expand the "global conversation" around geoengineering. Here is Kolbert reporting:

We live in a world [Parker] has said "where deliberately dimming the fucking sun might be less risky than not doing it."

But to imagine that "dimming the fucking sun" could be less dangerous than not dimming it, you have to imagine not only that the technology will work according to plan but also that it will be deployed according to plan. And that's a lot of imagining.

The decision, says Kolbert, will be a "political decision." She is surely right about that. We do, most immediately, "live in a political world."
Ultimately, however, all our politics (our politics and everything else) depend on a world that operates on the basis of "Natural Laws," not on the basis of human-created rules and political choices. The Kolbert book is convincing that we have ignored this truth so long that it is hard not to look to human-generated "assisted evolution" as we wonder what we should do.
"Doubt" about our ability to be successful in attempting to place human controls over the World of Nature is well founded. As we look ahead, and think about what color the sky might be when we wake up to a new day, in ten years or twenty years time, I think this might be an adage to learn in advance:
White sky in the morning?
We all should take warning!
Image Credits:
https://www.stanleybarker.co.uk/products/white-sky