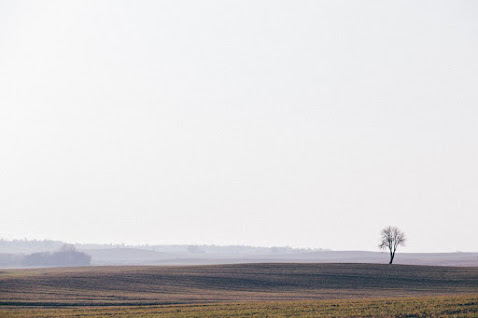 Elizabeth Kolbert's latest book is titled, Under A White Sky. Kolbert is, as I assume most who will be reading this know, an American journalist who writes for The New Yorker, and whose best known book is probably The Sixth Extinction: An Unnatural History.
Under A White Sky was reviewed in The New York Times Book Review on Sunday, March 14, 2021. In her review of Kolbert's book, Helen Macdonald says this:

Kolbert has for many years been an essential voice, a reporter from the front lines of the environmental crisis. Her new book crackles with the realities of living in an era that has sounded the death knell for our commonly held belief that one can meaningfully distinguish between nature and humanity.

By her use of the word "humanity," in the statement she makes above, I believe that Macdonald is actually referring to what I call "the Human World." By her use of the word "nature," I believe she is referencing the "World of Nature," or the "Natural World."
It is my strongly-held view that we live, simultaneously, in "Two Worlds," the "World of Nature," upon which we ultimately depend, and a "Human World," a world that we create ourselves. That is the place we most "immediately" inhabit. For those who do not regularly read my blog postings, and who may not, therefore, really understand what I am talking about, let me suggest an earlier explanation, "Worldview 101," in which I briefly outline my "Two Worlds Hypothesis."
The "Human World" is a world open to change and modification by human action. It is a world in which we, human beings, are in charge. Our "Human World," thus, is a "Political World," a world in which human choice and human action determine what happens. To repeat myself, it is within this "Human World" that we most immediately live.
Ultimately, however, we live in the "Natural World." Sometimes, I say that this is "The World That God Created." Because the Natural World is not a human creation, and because we ultimately depend upon the Natural World for everything that makes our Human World possible, I think it is imperative that we not attempt to treat the Natural World the same way we treat the Human World. In our own world, anything is possible. We can do anything. Both dreams and nightmares can be the result of our human action. In the Human World, there are no "Natural Laws," like the law of gravity, that absolutely determine what must and will happen, in specified circumstances.
In our world, "the law" is simply a written-down instruction we have given to ourselves, telling ourselves what we think we should do, or what we want to do. It's a self-directed and self-authored "prescription." If we decide we have made mistakes, and that what we are doing is not what we actually ought to be doing, if we decide our current prescription isn't providing the outcomes we desire, we can always change direction. This is true individually, but it is true collectively, as well. In the words of Bob Dylan, we can make ourselves "a different set of rules."
We cannot make ourselves a "different set of rules" for the laws that govern the "Natural World." We need to be careful that we pay attention to the rules that have been set by Nature, and what the laws that operate in the Natural World tell us about a reality that we cannot change. Global warming, the topic of Kolbert's latest book, is the prime example of how human beings have ignored the laws that govern the operations of our planet. Our failure to heed these laws is imperiling human civilization, besides leading us into a Sixth Extinction, and pushing hundreds of thousands of species to the brink of disappearance.
The quote I have provided above, from Macdonald's review, seems to indicate that Macdonald believes that Kolbert's latest book takes the position that we cannot "meaningfully distinguish between nature and humanity." If this is a correct understanding of Kolbert's thinking, that means that Kolbert has rejected a main feature of my "Two Worlds Hypothesis,"which holds that we need to conform our Human World to the laws that govern the World of Nature. The implication is that it is now time for human beings to "grow up," and to assume full responsibility for running the Natural World, just as we have full responsibility for what happens in our Human World.
Since I haven't yet read Under A White Sky (it's now on my list), I don't know whether Macdonald is right about Kolbert's thinking, or whether I am misconstruing what Macdonald is saying. The review is somewhat equivocal, and Macdonald does complain, a little bit, about how difficult it is to understand what Kolbert actually thinks. I hope that Kolbert is not, in fact, thinking what Macdonald seems to suggest she is thinking.
The title of Kolbert's book, Under A White Sky, "refers to the color the sky would turn were solar engineers to implement plans to spread mineral particles in the stratosphere to reflect sunlight and cut global warming." In other words, should humans decide to try to run the World of Nature, as well as the Human World, we might well end up with white skies, not blue skies. Among other changes, let me add!
As I say, Under A White Sky has now moved to the top of my reading list. Should humans decide that they really want to try to "run the world" in its entirety, taking over the role that "Mother Nature" or "God" has always played with respect to the Natural World, I am afraid that it will soon be "Game Over" for almost all humans on the planet.
I know there are some who seem to think that it's time to move on from Planet Earth, anyway, but I don't think we're going to find some new place on Mars. Our "blue sky" future, if we have one at all, is right here on Earth, where we have always been: 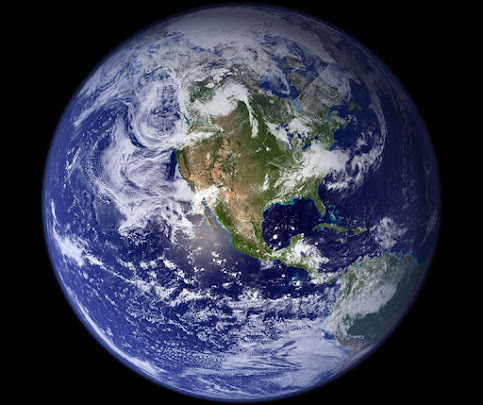